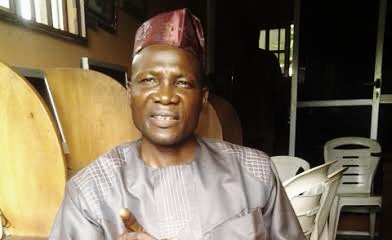 A community leader in Ogun State, Olusegun Phillip-Ogunsola, has alleged that some residents of his community plan to kill him.

Mr. Phillip-Ogunsola, a factional Baale (village head) in Olorunda Village, Abeokuta North Local Government Area of Ogun State, stated this in a petition to the police in the state.

There has been disquiet in the village since two persons were appointed baales by two traditional rulers who lay claim to headship of the community. While Mr. Phillip-Ogunsola was installed by the Agura of Gbagura, Halidu Laloko, his rival, Asamu Adegbola, was installed by the Omola of Imala, Adelani Olabode.

In his petition, Mr. Phillip-Ogunsola said he received death threats from faceless persons, while his animals – 13 cows and 47 goats – were poisoned on his farm.

While addressing journalists, the complainant said despite the threat, he would not give up the title of baale. He said his appointment was divine, and his late father was the past village head of the community.

He also spoke of the ownership tussle of his community by two ethnic groups in Ogun State, the Egbas and the Yewas, saying the community belongs to the former which he is a part of.

In his petition submitted by his lawyer, Mr. Phillip-Ogunsola said there were attempts to kill him through various means including use of traditional rituals. He asked the police commissioner to order an investigation into the claimed assassination attempts and to save his life.

However, in reaction to the alleged death threat, the factional village head, Asamu Adegbola, said the allegation was a cooked up story to whip up sentiments and cause uproar in the community.

Mr. Adegbola said his competitor is a foreigner in the land, and the land belong to the Yewas contrary to his claim that the community belong to the Egbas.

Jonathan’s policy on ‘tokunbo’ cars must be reversed – Senator