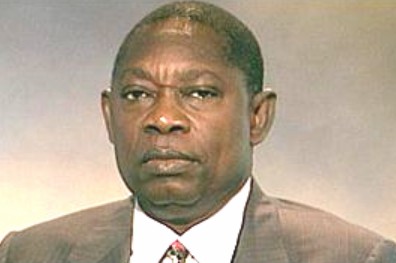 Hafsat Abiola-Costello, the daughter of the late politician and winner of the 1993 presidential election, Moshood Abiola, fondly called MKO, on Friday said the June 12 struggle which eventually claimed the life of her father, taught Nigerians and the world that power does not just belong to a cabal.

She said this in her speech to mark the 22nd year anniversary of June 12, the day her father was elected President of Nigeria, and posted on her Facebook wall.

Ms. Abiola-Costello said her father’s victory at the election, which was later annulled, was able to united the country.

“On June 12, 1993, Nigerians united behind presidential candidate MKO Abiola. 22 years on, we are on the march again to end poverty in Nigeria. If the June 12 struggle has taught us anything, it is that power belongs to us all, not just to a small group, most of whom, in the pursuit of their own interests, will abuse the public trust,” she stated.

The woman, who also lost her mother to the struggle to reclaim the mandate of Mr. Abiola, said that to ensure that the nation’s political system delivers the change we want, a mobilized population remains the only way, irrespective of which party is in power.

She said the labour of June 12 heroes must not be in vain.

“As difficult as it is to sustain, the spirit of agitation that union leaders, activists, market women and youth demonstrated during June 12 must become our default mode. A mobilized population is the only way to ensure our political system delivers the change we want, irrespective of which party is in power. May the labours of June 12 heroes not have been in vain,” she said.

Meanwhile, a lawyer and activist, Benjamin Ogunmodede, has stated that the selfish interest of then military Ruler, Ibrahim Babangida, and his cohorts led to the annulment of June 12 presidential election. He said that June 12 will forever remain a reference point worldwide.

Mr. Ogunmodede, who spoke in Abeokuta, said MKO Abiola died for the nation’s democracy which all Nigerians are now benefitting immensely. He said without Mr. Abiola, Nigerians would have still been in the bondage of the military.

“Abiola is the Alfa and Omega of June 12. His death paved way for genuine democracy in Nigeria. June 12 is a lesson and will remain the reference point forever. If not for Abiola, Nigerians would still have been in bondage of the military,” he emphasised.

Similarly, a Nigerian resident in Australia, Abiola Falayajo, has called on the Nigerian Government to immortalise the late politician, whom he said sacrificed his life to pave way for the current democracy being enjoyed in the country.