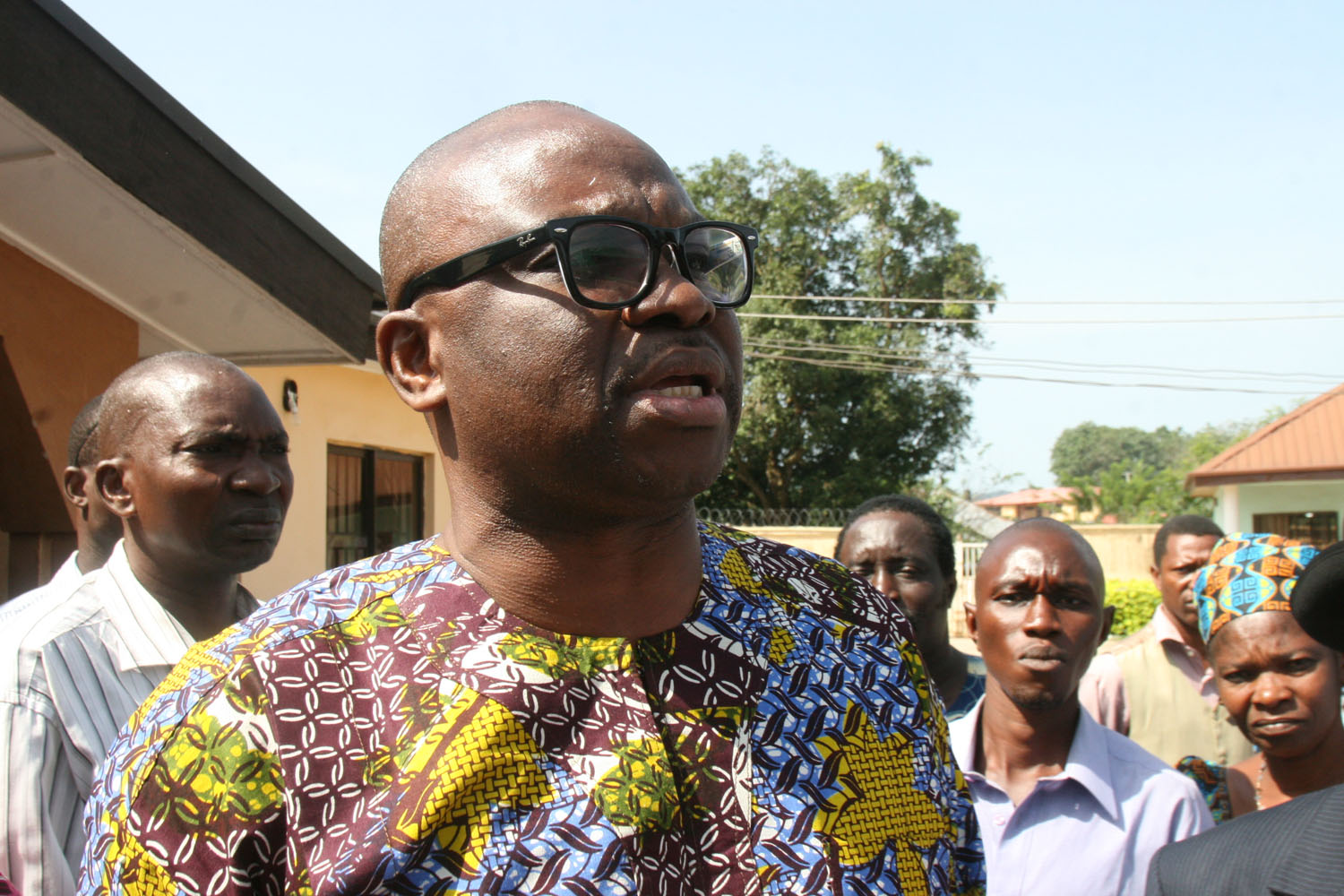 Governor Ayo Fayose of Ekiti State on Sunday lifted the dusk-to-dawn curfew imposed on Ado-Ekiti on May 22, following violence between commercial transport workers, NURTW, and the Hausa community in the state capital.

The governor stated this in his broadcast to the people of the state in Ado-Ekiti on Sunday.

He described the crisis between the Hausa community and commercial drivers in Ado-Ekiti that led to the imposition of the curfew as unfortunate.

He urged residents to be law abiding and conduct their activities in manner that would not cause further break down of law and order.

He expressed regret for the inconveniences the curfew might have caused the residents of the town.

He said the state government had also placed N2 million-ransom for anybody that could provide information which could facilitate the arrest of those that kidnapped 11 people in different parts of the state recently.

He said kidnapping was strange to the state and that the state government would fight it.