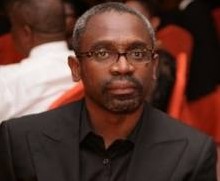 ​Some northern members of the House of Representatives have thrown their weight behind the ambition of the minority leader, Femi Gbajabiamila, to be elected speaker of the next assembly.

Mr. Gbajabiamila is believed to be enjoying support from his South-West zone, especially since he has the backing of a former Lagos Governor, Bola Tinubu.

However, other Northern representatives are supporting the candidature of Mr. Gbajabiamila, some of them to​ld​ PREMIUM TIMES.

Speaking with PREMIUM TIMES, Aliyu Madaki (Kano State) said, “Since Femi Gbajabiamila has been the minority leader, now that we are becoming the majority, it is just normal he becomes the speaker. People are saying contest but for me there should be no contest in the first place. It is the tradition of parliaments all over the world that when the minority become the majority, the leader of the former minority becomes the head of the parliament.

“Every right thinking person knows Femi is the right person because of his competency and
​the ​quality leadership he has displayed. More so, Kano State, North-West and the whole Northern believe South-West should have the speakership because they helped the North enormously politically and Gbaja is competent.

​”​First, they helped Tambuwal emerge speaker in 2011 because they believe right people should be in positions and also supported Buhari becoming president. Now, that the South-West has ​a ​very competent person and who has been leading the minority, the North will support him.

“As we speak, I can confirm to you that at least 70 per cent of the members from North-West are with Femi. Even, the information I have is that the party has zoned the position to the South-West but it is not in the open yet. No reason not to zone it to the South-West. The party has to do what is right and will not do what will bring disunity and resistance in the House.”

Muhammed Sani, from Bauchi State where Mr. Dogara hails, said he and most of the members from North-East are supporting Mr. Gbajabiamila on the ground that “he is the competent, experienced and well-prepared for the position​”​.

“Well Dogara is from my state, but I can tell you that when we are to vote​,​ Femi (Gbajabiamila) will be supported by at least eight of 12 of us from Bauchi State,” Mr, Mohammed said. “But if it is zoned to the North-East, my zone, I’ll contest and Femi has to support me. I told him already.”

Magaji Aliyu, member-elect from Jigawa State, stated, “Those of us who are new members in the House have met and I can tell you that Femi has the support of most us because we have always seen him as the hero and pride of the opposition. His efforts served as impetus for the change revolution.

“I don’t know if anybody is contesting from North-West. However, I believe competency should come before zoning.”

Mr. Kaita said, “It is just out of place for anybody from the North-West to seek the position of speakership since we have the presidency.”

He expressed his support for Mr. Gbajabiamila but added that he is ready to abide by the party’s final decision on the zoning of the leadership of the National Assembly.

For Mr. Garba, “If the party keeps quiet and say do what you want, Femi will emerge. If the party zones, certainly to the South-West, it becomes easier. From our work, at least 65 to 70 per cent of the North-Central members are with Femi Gbajabiamila.