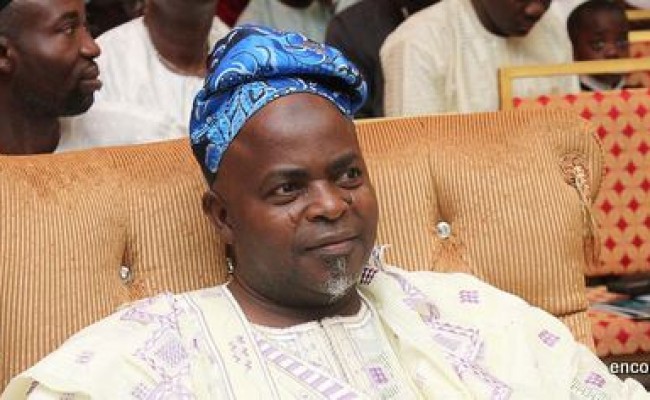 Mojeed Alabi, who has been elected to the House of Representatives for the first time, has formally declared his interest in the Speakership of the House.

Mr. Alabi, elected on the platform of the All Progressives Congress for Ede South/Egbdore/Ejigbo Federal Constituency, made the declaration on Thursday in an expression of interest letter released at the ongoing induction program for incoming members of the 8th National Assembly in Abuja.

In the letter, Mr. Alabi said he was vastly grounded in both practical and theoretical experience in lawmaking and parliamentary practice, being a professor of political science, a trained lawyer and former Speaker of the Osun State House of Assembly, 1999-2003.

He said, “The 8th House of Representatives of the Federal Republic of Nigeria is like no other. Majority of the members are newly-elected into the Green Chambers of the National Assembly, with the democratic dictate of having its way in the choice of the Speaker.”

He added that “While the Standing Orders of the House requires ‘legislative experience’ in the National Assembly {Order II Rule 4(a)}, the Constitution permits the Members to elect the Speaker ‘from among themselves’ {s 50(1) (b)}.”

Stating further, “Honourable Members can, as a matter of necessity, avoid a possible collision between the majority ‘first timers’ and the returnees by electing a Speaker that not only meets the requirements of cognate legislative experience enshrined in the Rules but also capable of enjoying the confidence of his/her peers. Stability of the House requires nothing less” he said.

“In the light of this, I hereby present myself to all the elected and re-elected members of the House of Representatives, for an opportunity to serve you as Speaker, taking into cognizance my antecedents,” Mr. Alabi declared.

He is being challenged by the current Majority Leader of House, Femi Gbajabiamila, from Lagos State and Yaqub Dogara from Bauchi State.