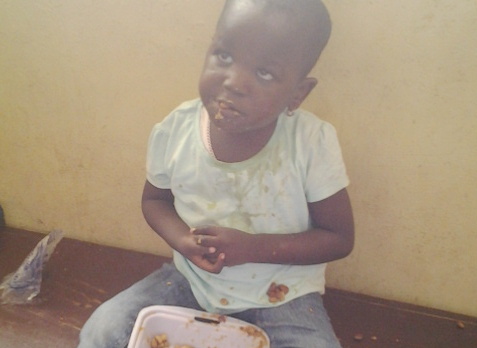 A couple on Tuesday abandoned their four-year old child at the Federal Medical Centre, Idi-Aba, Abeokuta, and fled

The couple, in a note found on the child, claimed they were no longer able to care for the child.

Witnesses said the couple came to the hospital in the morning with the child under the pretext of coming for treatment. They then headed straight to the physiotherapy department at the administrative block of the hospital.

However, hours later, at about 12.20pm, hospital staff noticed the child was without her parents.

A search in her pockets revealed a note stating that the parents were unable to care for the mentally-challenged child.

The social welfare department of the hospital immediately contacted the police authorities.

When contacted,the medical director of the hospital, Oladapo Sotiloye, confirmed the incident.

He explained that the management had reported the case to the police, while arrangements were ongoing to transfer the girl to the state government-owned Stella Obasanjo Motherless Home.