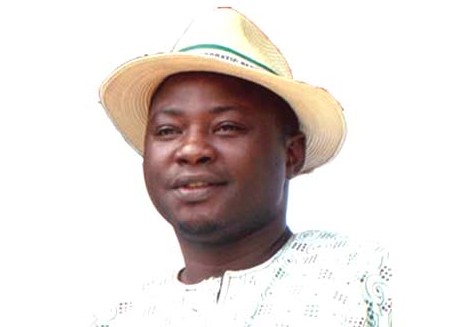 The Lagos State Chapter of the Peoples Democratic Party on Thursday said it cannot afford to be the opposition for more than four years.

The state Publicity Secretary of the Party, Taofik Gani, said this during the presentation of Certificates of Return to elected political office holders in Lagos.

INEC, at the event, presented certificates to 29 candidates who emerged winners in the just concluded general elections, including the Lagos State Governor-Elect, Akinwumi Ambode of the All Progressives Congress.
Mr. Ambode had polled 811, 994 votes to beat Jimi Agbaje, the PDP governorship candidate, who came second with 659, 788 votes in the April 11 election.

Mr. Gani said the party would eventually get the governorship seat in future.

“We will go back to our strategy table because we cannot afford to be in opposition for more than four years.
“We commend ourselves, we made a long leap. This is the first time the PDP has recorded such winnings. We now have seats in the House of Representatives and House of Assembly.

“We are indeed very excited. We want it to be known that we won more seats but lost out to manipulation,” he said.

Mr. Gani said the party had re-oriented its members who won House of Representatives and House of Assembly seats not to see themselves as PDP members but as representatives of the people.

“They are not going to be antagonistic but to contribute their quota to the growth of the country.
“The opposition we will play will fundamentally be constructive and not destructive.

“Indeed, it is the opposition the APC played that gave them power. We will be constructive in our criticism and ensure that we engage those in power meaningfully,” he said.