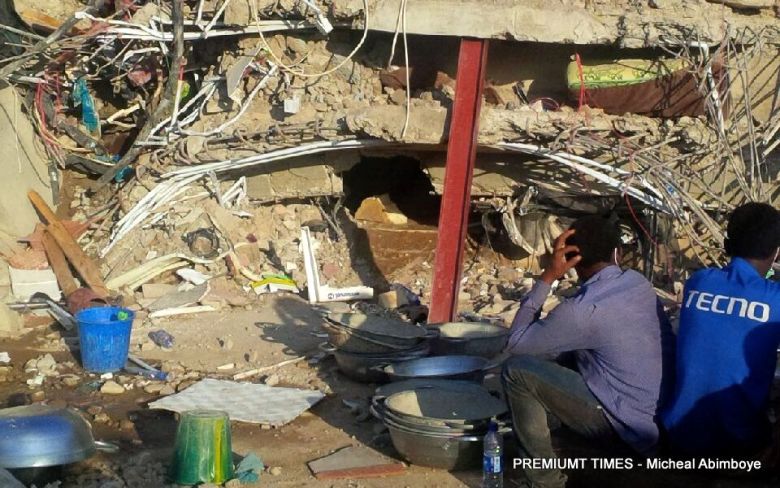 Justice Lateefa Okunnu of the Lagos State High Court, Ikeja, on Tuesday adjourned ruling on the application filed by the Synagogue Church Of All Nations against the coroner’s inquest investigating its collapsed six-storey guest house.

The suit was instituted against the Lagos State Coroner’s Court, Ikeja, and the Chief Magistrate, Oyetade Komolafe, who heads the court.

The church prayed Mrs. Okunnu for an order of prohibition against the coroner’s court and Mr. Komolafe from exceeding their jurisdiction in the conduct of the inquest into the death of over 100 people in the collapsed building.

Mrs. Okunu had earlier slated Tuesday for delivering the ruling but at the resumption of proceedings, she engaged both parties on whether the coroner was a juristic person – one who can sue or be sued.

She said this must be addressed before the court could deliver ruling.

Mrs. Okunu directed the parties to argue out the issue at the next adjournment date to assist the court in its ruling .

The inquest was set up by the Lagos State Government to investigate the September 12, 2014 building collapse which killed 116 people.