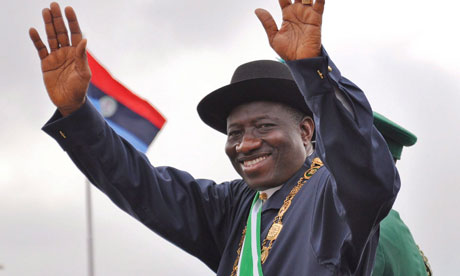 The Lagos State Chapter of the All Progressives Congress has condemned President Jonathan’s alleged open display of brazen impunity and financial recklessness during his five days visit to Lagos last week.

In a release by the State Publicity Secretary, Joe Igbokwe, the party said what happened in Lagos during the president’s visit was a shameful bazaar that was unprecedented in the history of Nigeria.

“While President Jonathan was busy dolling out cash to all and sundry in Lagos, the Vice President, Namadi Sambo, was busy in Kaduna replicating the same thing, without shame, without honour, without remorse,” the statement said.

“US Dollars and local currencies were dolled out by the president in millions to market leaders, town unions, traditional rulers, actors, artisans, transporters, government workers, private sectors, local chiefs, drivers and what have you without any modicum of respect to the exalted office he occupies. No wonder our foreign reserves has just been depleted by 1.6 Billion U.S. Dollars.

“Never in the history of this country has a sitting President displayed this kind of desperation and financial irresponsibility in a country that lacks basic infrastructure and common indices of human development. It is now crystal clear to Nigerians why PDP and President Jonathan shifted the February 14 presidential elections to March 28 2015.

“Funny individuals, scammers, 419ers and people with questionable characters besieged the Presidential Lounge Marina Lagos to collect their own largesse. Those who do not deserve even half a Penny lined up to deceive the President. It was like a carnival or open market attended 21stCentury fools and nonentities.

“President Jonathan may have come to Lagos and gone but his visit left a sour taste of how the exalted office of the president of the Federal Republic of Nigeria was debased, decimated and ridiculed further in the name of playing money politics.

“Lagos APC is yet to see how this unprecedented waste of public funds across the country will translate to votes in March 28 2015when Nigerians will take stock of President Jonathan’s six years in office. This election is all about giving accounts of six years of stewardship,and nothing more.”