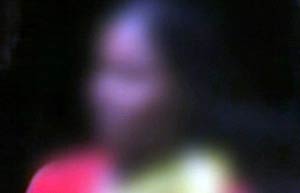 The victim was allegedly attacked on Saturday leading a ​ group​ Ketu Advancement Front to forward a petition to the authorities in the state.

The petition signed by the forum coordinator and secretary, Kunle Abiose​,​ and Joseph Bankole, accused the state Governor, Ibikunle Amosun​,​ of neglecting the security ​of ​the lives and property of the Ketu people.

“For the umpteenth time, we members of Ketu Advancement Front want to register our strongest protest with the Government of Senator Ibikunle Amosun over her callous abdication of her constitutional responsibility of ensuring the security of lives of Ketu People from wanton killing by marauding herdsmen”.

The group said it was sad the woman was raped and killed in her farm.

They alleged that “on sighting her entering the farm, the killer-herdsmen who had taken over her farm, pounced on her, probably gang-raped her before hacking her to death”.

The group said 24 other people have been killed by herdsmen in dehumanising circumstance and added that the “latest in the series of the ceaseless murder cases had been reported at the Oja-Odan Police Station for anybody to confirm”.

“Our displeasure is premised on the fact that despite our un-abating protest, including the signing of a Memorandum of Understanding with government and the herdsmen in 2014, the government which has the overall duty of providing security and ensuring peace of our people has turned deaf ears and blind eyes to our people’s plight,”the petitioners lamented.

When contacted, the Ogun State Police Command Public Relations Officer, Muyiwa Adejobi confirmed the discovery of the woman’s corpse in the bush but said it has not been established that she was killed by Fulani herdsmen.

Mr. Adejobi, however, said it might be a reprisal killing by the Fulani herdsmen because “a few days ago a corpse of a Fulani man was found in the bush in the same axis.”

He added that, the command had summoned the Yoruba and Fulani leaders in the area to a truce meeting on Tuesday at the command headquarters, Eleweran, Abeokuta.