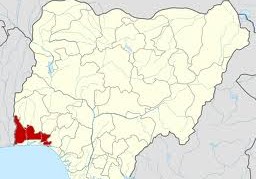 A 54-year old fake Deputy Supritendent of Police, Paul Makinde, has been arrested by the Ogun State Police Command.

The suspect was apprehended on Thursday when he visited the Adatan police station in Abeokuta to get a suspect released.

He was later transferred to the police headquarters in Eleweran, Abeokuta and paraded before journalists at the Police Officers Mess, Government Reservation Area, GRA, Abeokuta in handcuffs, following his confession.

Mr. Makinde confessed to journalists he was a former police officer who left the service to join the Civil Defence Corps in 1987 before illegally resuming police work.

He said he often visited police stations to assist people who were in trouble with the authorities. He said his operation was, however, limited to Abeokuta.

Mr. Makinde also confessed that around his neighbourhood, Isale-Itoko area of Abeokuta, he was considered a genuine police officer and arrested suspects who he usually handed over to the authorities.

The father of four said he purchased his uniform at N5,000 with the aid of a now-deceased police officer.

The command spokesperson, Muyiwa Adejobi, who paraded the suspect, said Mr. Makinde was arrested by the State Investigation Bureau, when he approached the Adatan police station to effect the release of a suspect.

Mr. Adejobi said the command’s Deputy Commissioner of Police has directed the Criminal Investigation Department to fully take over the case and get to the source of the suspect’s illegal activities.

He said on completion of investigation the suspect would be charged to court.

Mr. Adejobi, however, cautioned the public to be wary of such people, particularly during the election. He said some politicians may want to use such fake policemen but emphasised that the command was equally up to the task of getting rid of them.