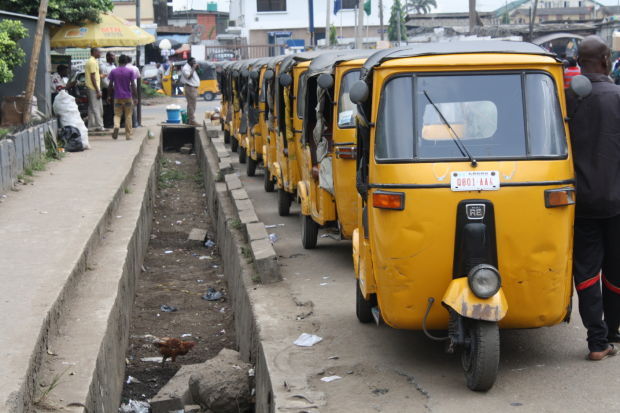 The Police in Lagos on Wednesday confirmed one person dead in the two-day clash between factions of tricycle, popularly called “Keke Marwa” operators on Gaskia Road, Ijora Badiya.

But witnesses said that about five people were killed in the clash which resulted from the leadership tussle over the control of their garage on Monday.

The Police Public Relations Officer, Kenneth Nwosu, who confirmed the death said 27 persons had been arrested following the crisis on the slum of Lagos.

Mr. Nwosu said that the suspects had been transferred to the Special Anti-Robbery Squad at the State Police Command in Ikeja.

The Police spokesperson disclosed that the deceased had been identified as Lateef Abdullah, popularly known as “Lati Ika” 30, of Akorede Road in Ijora Badiya.

“We cannot base our confirmation on speculations, we can only account for what we see on ground,” Mr. Nwosu said.
He said that investigation into the crisis was ongoing, adding that those found guilty would be prosecuted.

“Our men will be on ground in the area for a while because we are passionate about restoring peace and normalcy for law abiding citizens to go about their normal businesses.

“We have already arrested 27 suspects and we are working on arresting more through aggressive surveillance.
“Also we have our discreet intelligence unit on ground to ensure that more suspects are arrested,’’ he said, adding: “Calm has returned to the suburb”.

He assured the residents that the police were there to protect their lives and property.

Police present N400, 000 to families of slain officers in Borno