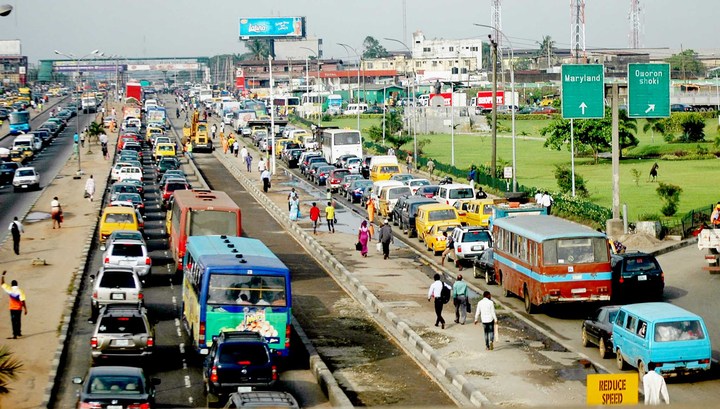 “If this is pursuant to an executive suggestion or directive, it is submitted that it is unconstitutional.”

The Lagos State Attorney-General and Commissioner for Justice, Ade Ipaye, Saturday, defended the state government’s latest policy for judges and magistrates to demand evidence of tax payment as one of the conditions for bail for accused persons.

At a one day training workshop for magistrates in Lagos organized by Access to Justice, a non-governmental organisation, Mr. Ipaye stated that “it is a way to get people to pay (tax).”

“There is a policy in Lagos to request tax clearance because we regard it as a privilege of citizenship,” Mr. Ipaye said at the workshop tagged ‘Effective Implementation of Justice Reforms in Lagos State.’

“Someone said the (tax) money doesn’t come to us, how do you think the judiciary runs? When you ask for tax clearance, you are not asking for anything special. It’s what the law requires anyway,” he added.

Earlier, Ayo Atsenuwa, a Professor of Law at the University of Lagos, had argued that directing the judiciary to request tax clearance from suspects was an unlawful encroachment on the powers of the court to determine what was suitable for it.

“If this is pursuant to an executive suggestion or directive, it is submitted that it is unconstitutional; it more or less turns the courts into indirect tax collectors for the executive,” Mrs. Atsenuwa stated.

“The court and the court alone should be the sole determiner of what is sufficient evidence of citizen responsibility,” she added.

But Mr. Ipaye argued that a lot of people are anonymous in Lagos, thereby making it difficult to have them on record.

“A lot of us are in the informal sector. Demanding for evidence of tax payment is a way to get people to pay (tax). But I’m all for conditions reasonably feasible for defendants to comply with,” Mr. Ipaye added.

“Prison congestion is thus an outcome of the judicial practice and other circumstances relating to grant of bail pending trial,” she said.

She also questioned why Lagos State judicial officers fail to use probation officers, even though they are stated in the state’s laws.

“For over 50 years, nobody has used the probation officers in Lagos State. We haven’t had an order of probation yet people in that department are promoted every year; they rise to the level of Directors of Adult Corrections,” she added.

Dozens of magistrates, who filled up the Nigerian Institute of Advanced Legal Studies’ auditorium, routinely applauded the various speakers at the workshop including Joseph Otteh, Executive Director, Access to Justice; I.O Akinkugbe, Chief Registrar, Lagos State; and Kevin Nwosu, a Professor of Law and a Dispute Resolution Consultant.

But Mrs. Atsenuwa touched raw nerves when she, while frowning at the rejection of ‘self-employment’ status as a bail condition, alluded that the Lagos State judiciary are becoming “tax monitors” for the executive.

Yeside Balogun, a Senior Magistrate, rose to the defence of her colleagues.

“The main reason magistrates ask for tax is to ensure that the surety coming before us is actually working where he says he is working. It is not because we want to become tax monitors,” Mrs. Balogun said.

“Because we’ve had a situation where someone brought ID card to us and it was made just behind the court room.

“Magistrates, out of experience, if you give some kind of bail conditions, they will jump bail. In some cases, when the rent of the self-employed expires, the person does not renew it and moves out,” Mrs. Balogun continued.

“At times we get petitions because the other party says: ‘How can you possibly give that kind of condition?’

“Relatively, we are doing good concerning bail. We should look at the other conditions, such as the issue of the DPP’s (Director of Public Prosecution) advice,” she added.