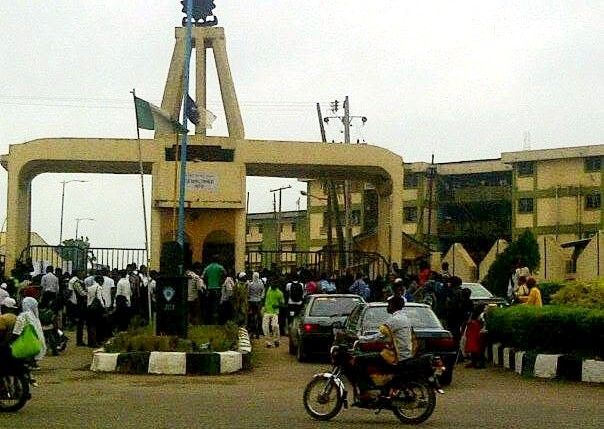 Students had recently embarked on a peaceful protest in Ibadan

After about three years of running the Polytechnic Ibadan with interim officials, the Oyo State government on Sunday announced the appointment of a substantive management for the state-owned institution.

The state Commissioner for Education, Solomon Olaniyonu, whose office broke the news, said the latest development was aimed at dousing the rising tension in the institution.

The new officers as announced are Olatunde Fawole, a professor of Biological Sciences from Ladoke Akintola University of Technology, LAUTECH, who has been appointed Rector and Ayodele Fehintola, the new registrar.

The commissioner, who said the state governor, Abiola Ajimobi, had approved the appointments, added that they took immediate effect.

The students of the institution had recently briefly disrupted social and economic activities within the axis of their school when they engaged in a peaceful protest to seek an end to the strike embarked upon by members of the Academic Staff Union of Polytechnic, ASUP, Polytechnic Ibadan chapter. The lecturers had, among other things, frowned at the running of the institution by interim officers, stating that it incapacitated the school in terms of administration.

Mr. Olaniyonu said the government, after the students’ protest, invited the management of the institution to a meeting where most of the issues raised by the students were addressed. According to him, one of such issues was payment of the remaining 40 per cent hazard allowance of the lecturers. The commissioner said that the allowance had since been paid by the institution.

Another request of the students which the commissioner said the state government had since facilitated was payment of the peculiar honoraria for lecturers which, he said, was for the supervision of thesis, Industrial Attachment, project supervision and allied allowances. According to the commissioner, the state government had ordered that the amount be calculated by the institution and ordered that it be paid within 90 days.

On the inauguration of a new council for the institution, the commissioner said that the state government, which recently dissolved all boards and parastatals in the state, was working on reconstituting the board of the institution.