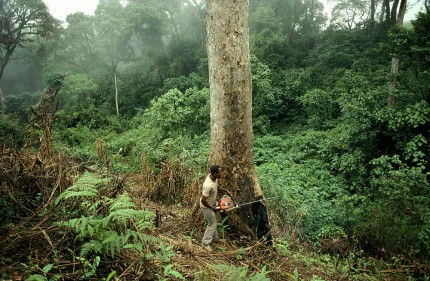 A Nigerian forest used to illustrate the story

The device would be stationed at strategic positions in the forests and be controlled from Akure.

The Ondo State Government has employed the use of Geographical Information System, GIS, to monitor its various forest reserves across the state.

The Commissioner for Natural Resources, Tunde Atere, disclosed this to journalists in Akure on Friday.

Mr. Atere said that the device would be stationed at strategic positions in the forests and be controlled from Akure.

“We are going to install GIS devices in all forest reserves for monitoring both legal activities and nefarious activities of encroachers.

“We have come to the conclusion that there is no other effective method to employ than using this technology,” he said.

The commissioner said that all procedures to make the system feasible had been carried out with both logistics and finance approved by the government.

“We thank God that government has approved this method and I must say that there will be no more human threat to our forest reserves,” Mr. Atere said.

He said with the new technology, the ministry would generate more revenue for the state government in 2014. The ministry generated N560 million in 2013.

“We are more committed this year to generating more than what we realised last year into government vault,” Mr. Atere said.

He warned forest encroachers to desist from the act as government was ready to apply stricter sanctions if they were caught.