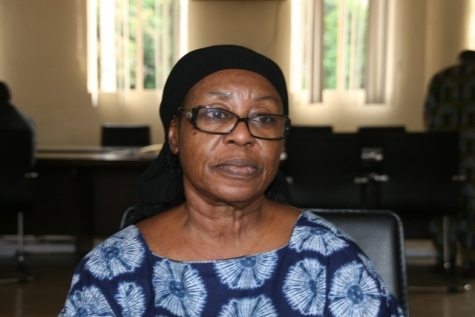 An Oyo State High Court on Friday rejected the application for stay of proceeding in the case involving an ex-Oyo Head of Service, Kudirat Adeleke, and 11 others.

Mrs. Adeleke and others were arraigned over an alleged N5.6 billion fraud at the Local Government Pension Board.

The counsel to Mrs. Adeleke, Richard Ogunwole, told the court that an appeal had been entered at the Court of Appeal against the ruling of the court for refusing bail to the defendants.

Mr. Ogunwole said that the letter sent to the Oyo State Chief Judge, Badejoko Adeniji, to transfer the case, was not granted. He also said that the court was guided by the law not to proceed on the matter pending the outcome from the Court of Appeal.

The counsel to the other defendants agreed with Mr. Ogunwole’s submission.

However, counsel to the Economic and Financial Crimes Commission, EFCC, Aba Muhammed, argued that the prayer of the defence counsel should not be granted since the chief judge had ordered that the case should not be transferred.

Mr. Muhammed, therefore, urged the court not to adjourn the case indefinitely.

Justice Mistura Bolaji-Yusuf said that stay of proceeding could not be granted based on oral application and on basis of the fact that the defendant was not given bail.

Ms. Bolaji-Yusuf said that the counsel failed to state how bail that was not granted to the defendants affected the jurisdiction of the court. She added that the case could not be adjourned indefinitely, stating that section 40 of the EFCC Act adequately took care of the present situation. She consequently adjourned the case to February 14 for continuation of hearing.

Other defendants in the case include Muili Aderemi, Iyabo Giwa, Adesina Ayoade and Banji Oguntayo.

The defendants were alleged to have defrauded the board to the tune of N5.6 billion belonging to the state’s pensioners.

Ms. Bolaji-Yusuf had refused bail to the defendants, but promised to give the case accelerated hearing.

The prosecuting counsel, Gbolahan Latona, had told the court that the defendants were arraigned on a 213-count charge which included conspiracy, stealing, fraud and forgery. He said that the defendants conspired to obtain N5.6 billion from three banks– FCMB, Stanbic IBTC and Zenith – by false representation using the names of pensioners.

The defendants had pleaded not guilty to the charges and the judge ordered that they should be remanded at Agodi prison.

University games to hold in OAU in February