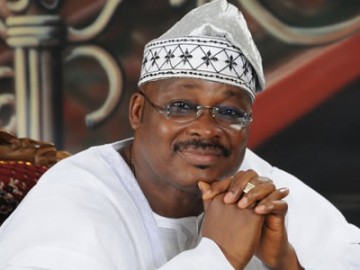 The Oyo State Governor, Abiola Ajimobi, on Monday sought forgiveness from those his government and style of governance may have had a negative impact on.

Mr. Ajimobi, who made the plea at his 64th birthday celebration held at the Lekan Salami Sports Complex, also pledged to rededicate the remaining part of his life to the service of humanity.

“I want to state that nobody can become anything except he is allowed by God. I know for sure that my becoming governor of Oyo State was by the grace of God and the support of the people. I, therefore, have no choice than to continue to work for the peace, progress and overall development of this state,” he said.

While thanking God for sparing his life to witness the day, the governor expressed appreciation to the people of the state for giving him the opportunity to serve them as well as for their continued support for his administration.

In his sermon, a prominent Islamic scholar and preacher, Muideen Bello, said the support and goodwill currently being enjoyed by the governor from religious leaders in the state was due to his outstanding performance.

Mr. Bello warned the governor against deviating from the quality service he had been rendering as doing so could be disastrous.

A prominent Ibadan indigene and former diplomat, Olusola Saanu, thanked Mr. Ajimobi for not disappointing the people of the state who willingly gave him their mandate in 2011. The Alaafin of Oyo, Lamidi Adeyemi III also offered special prayers for the governor.

Among other eminent personalities who witnessed the occasion were the Aare Musulumi of Yorubaland, Abdul-Azeez Arisekola-Alao, Kola Daisi, politicians and religious leaders across the state.