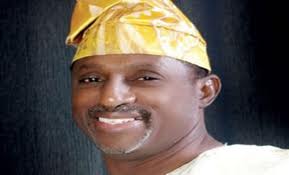 The Senator said he was giving back to the people who voted him in.

The Asigangan of Iganganland, Lasisi Adeoye, was one of the 3,000 members of the Oyo South Senatorial district, who received free medical services from a combined team of medics from the United States of America, and University College Hospital, Ibadan, last week.

The exercise, packaged by SOLAN organisation, a political platform of Olufemi Lanlehin, a member of the Nigerian Senate, held from December 9 to13.

According to statistics made available to PREMIUM TIMES in Ibadan, the beneficiaries were tested and treated for different ailments, particularly, hypertension, diabetes, eye related problems, women and child-related health issues among others.

While flagging-off the programme, Mr. Lanlehin, who represents Oyo South Senatorial District, said the essence was to play his part in ensuring healthy and quality live for the people who gave him the mandate to represent them at the upper chambers of the Nigeria’s National Assembly. He said the exercise would be an annual event.

Also speaking at the last day of the programme, the Coordinator General of SOLAN Organisation, Tajudeen Olujide, said the organisation collaborated with Labak Care Incorporated, a team of medical experts from the U.S., to execute the programme.

According to him, apart from giving their patients free drugs for their ailments, they were counseled on their intake to stem the risks associated with their individual kinds of ailments.

Mr. Olujide added that the U.S. team was assisted by medical personnel from UCH to ensure that more people enjoy the free medical care while it lasted.

He said the turnout was so impressive that the police had a hectic time controlling the crowd.

“We had a lot of people coming for the exercise because it was free. So many people cannot afford to go to the hospitals because they do not have the money to pay for medical consultancy and treatment.

“With this many people, who didn’t know they were walking corpses, had the privilege of knowing their health situation and what to do to enjoy better health,” he said.

One of the participants, 70-year-old Ajadi Oseni, said he had been harbouring arthritis for years because he could not afford the drug prescribed for him when he was first diagnosed of it.

He added that the impact had been so much that he was unable to do his work as a building technician any longer.

“I have been given drugs here free. And the doctor had counselled me on how better to manage my situation,” Mr. Oseni noted.