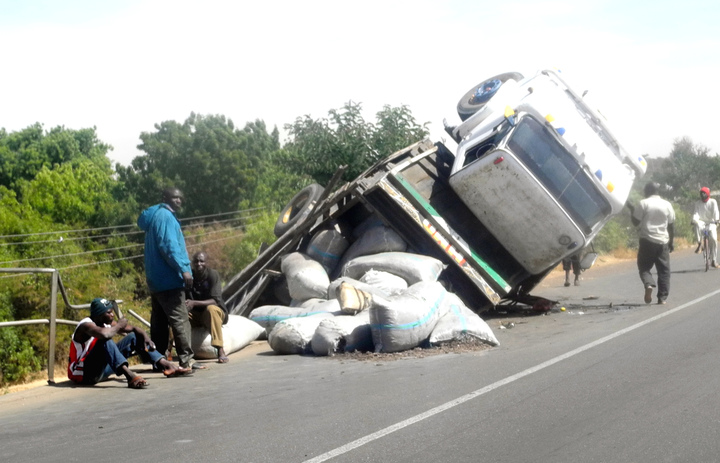 The young man was thrown out of the crashed car.

A 20-year-old student seeking admission to Moshood Abiola Polytechnic, MAPOLY, Abeokuta died in an auto crash on Wednesday on his way to the examination centre for the post- University and Tertiary Matriculation Examination, UTME.

The deceased, Tobiloba Afolayan, left Ogbomoso for Abeokuta accompanied by his elder brother, Tumise, an undergraduate of the Ladoke Akintola University in a commercial car carrying three other passengers.

The journey was smooth until Ogere Town, Ogun State, about 45 minutes from Abeokuta. A trailer in attempt to overtake the much smaller commercial vehicle rammed into the car causing it to somersault.

As the car somersaulted, Mr. Afolayan was thrown out of it and into the road where he died. The remaining passengers, however, survived but sustained various degrees of injuries.

A family friend, Joy Isimanmen, informed PREMIUM TIMES that the remains of the deceased had been deposited in the mortuary at Ibadan as at the time of this report. She lamented the loss of Mr. Afolayan, stating that he was a young man with a promising future.

Removal of Destitute From The Streets: Lesson From San Francisco, By Theophilus Olusegun Obayemi, II*