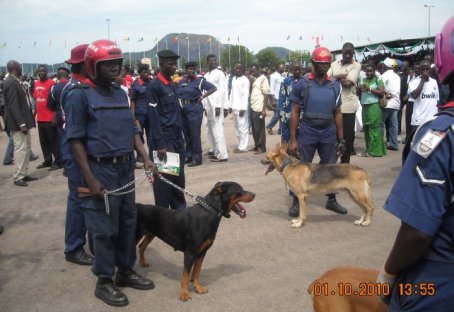 Twenty security companies were closed down in May.

The Nigeria Security and Civil Defence Corps (NSCDC) in Lagos State has closed down 25 private security companies in the last three weeks.

The Public Relations Officer of the command, Chibuzor Mefor, said this in an interview with the News Agency of Nigeria in Lagos on Friday.

He explained that the companies include those whose licences had expired but were yet to renew them and the illegal ones.

“The Nigeria Security and Civil Defence Corps, Lagos State Command, has embarked on ‘Operation Do It Right,’ in respect of private guard companies.

“One of the key functions of the NSCDC is to register and inspect private security companies in Nigeria. We are to ensure that they comply with the regulations and having the right personnel,” he said.

Mr. Mefor said private security companies are essential but “every unregistered company will be sealed up in Lagos, including those that have not renewed their licences.”

The spokesman warned that more companies will still be shut, saying that the law has no respect for any individual or group flouting the rule and regulation.