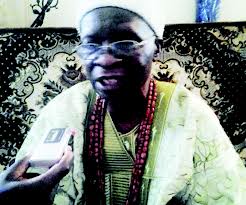 The junior monarchs in Akure have accused the Deji of acting beyond his authority.

Some traditional rulers in Akure North Local Government Area of Ondo State on Tuesday confronted the Deji of Akure, Adebiyi Adesida, over their deposition from their thrones.

Mr. Adesida deposed the lesser monarchs because he was not consulted before they were appointed into their various positions.

However, the monarchs have vowed not to vacate their seats as, according to them, they were appointed by the prescribed authorities in Akure North and only these authorities can depose them from “the throne of their forefathers.”

The Chairman of the State Council of Traditional Rulers, Adeniran Aladetoyinbo, who is also the Olu of Alayere, accused Mr. Adesida of acting beyond his authority and territory. He said that the fact that he, Aladeyede Ogbese and some others have been elevated to the status of Oba does not confer authority beyond their territories on them.

“It is the person that appointed us that can sack us. I am not from Akure South but Akure North,” Mr. Aladetoyinbo said.

According to him, the prescribed authorities in Akure North include the Alayede Ogbese, Oloba of Oba-Ile, Okiti of Iju, and Ogbolu of Ita-Ogbolu and does not include Deji who is from Akure South Local Government Area.

“If Deji of Akure holds authority over Akure North, Ooni of Ife should lay claim to all Yoruba lands including Akure because all of us migrated from Ile-Ife,” he said.

Mr. Aladetoyinbo insisted that the monarchs will remain in their palaces in defiance of the wishes of Deji of Akure who, they claim, has no right to dethrone them.