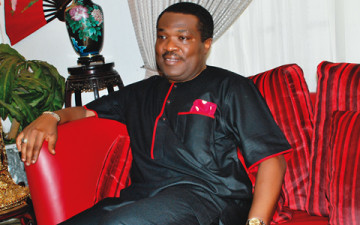 The Ogun State government says it policies would flourish if companies have unrestricted access to energy.

The Ogun State Government is concluding plans to partner with the Nigeria Gas Company to work out modalities of having gas pipelines laid to reach manufacturing companies across the state.

The Commissioner for Commerce and Industry, Bimbo Ashiru, said the plans are in place because government realizes the critical role that energy plays in industrialization process.

Mr. Ashiru, who broke this news at a meeting with owners and operators of industrial concerns within the Flower Gate Industrial Estate along Sagamu-Lagos interchange, indicated that the move was

part of measures by government to support industrial revolution.

He said that the agricultural and industrialization policies of government meant to among other things, generate employment, would flourish when companies have regular access to energy without restriction, saying that “gas as an alternative source of energy is cheap and of minimal environmental hazard compared with other sources of energy”.

The Commissioner stated that it was a deliberate policy of government to ensure that companies with value chain advantages are concentrated in the same area to make raw materials and packaging easily accessible and in the long run, reduce cost, pledging that it would not relent to take steps to create enabling environment for investors to operate.

“That is the reason government is careful in allocating land to companies, the governor is constantly monitoring the allocation of lands to ensure that only companies of same scheme of operation are located around same particular area,” Mr. Ashiru explained.

industrial estate, disclosing that no fewer than 25 companies had established their businesses in the State since the inception of the present government and expressed optimism that more are still coming.

Martin Woolnough had solicited government’s support on having alternative energy supply in order to increase production capacity and reduce cost.

Woolnough commended the State Government for its untiring efforts to enhance security, infrastructure

and skill development which he said are factors needed for industrial success, noting that collaborative efforts among industries within the estate were being intensified for optimal advantage.