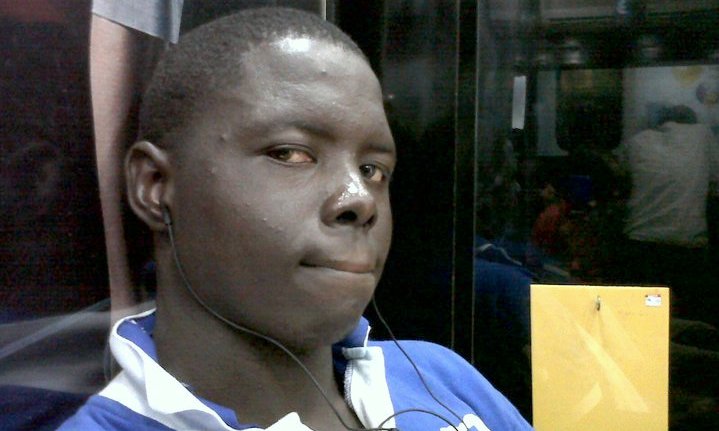 Ajibaye Saheed died in a controversial circumstance at the Lagos polytechnic.

Risikat Akande has had enough. She was getting tired of reminding Saheed to always wash the dishes immediately after eating – that was the fourth time in one week that her exuberant grandson had stormed out of the house after eating without washing them. This time, the septuagenarian thought, the dishes will remain unwashed until Saheed comes back. But she was wrong. Saheed never returned to the house that day or ever.

Ajibaye Saheed desired so much from life. But above all he wanted to break free from the poverty of Dopemu, a sprawling Lagos slum. A good education is a potential ticket to that escape. He had a diploma in Engineering from Lagos City Polytechnic.  With widespread unemployment and cascading standard of education, he would be lucky to get a casual job as a factory hand with his diploma. That was not the life he dreamt of. He needed a better qualification to stand a chance at living his dream. But there is this other yearning that needed pursuing.

Hugely popularly among friends, Saheed, or Obama as friends like to call him, loved being noticed. He was bouncy and amiable. His friends at home and school all agreed that he was fun to be with. Though he relishes the attention, it wasn’t enough for this ambitious 27-years-old.

He was introduced to Nollywood and already appeared in several fringe roles in the Yoruba arm of the industry. Though he was getting noticed, the process was too slow. For Saheed, “making it” was like a market place one needn’t approach from one path.  He saved some money and decided to go back to school to obtain a higher diploma.

On February 25, he went to collect his admission letter for a Higher National Diploma (HND) in Engineering from the admission office of Lagos City Polytechnic. Few minutes later he slumped and died in a classroom where he was seated.

No help in sight

According to several students who saw what happened, after he fell, Saheed was hurriedly carried to the administrative area of the school that houses the office of the Registrar and the Rector. He was placed on the bare floor and for more than 30 minutes no one made any attempt to administer any form of first aid or volunteer to take him to a hospital, the students, who did not want their names mentioned for fear of victimisation, claimed.

“The Rector and the Registrar were present but nothing was done. Nobody was ready to offer his car to take him to the hospital,” said one aggrieved student.

“They were busy arguing that he wasn’t a student of the school and nothing could be done to help him,” added another student.

“After he was taken away, they cleaned up the bloodstain on the floor and continued with lectures as if nothing happened. Saheed did his ND (National Diploma) in this school. And he came to pick up his admission letter for the HND programme. How could they say he wasn’t a student?” he said as he fruitlessly tried to plug the tears that well up in his eyes with his thumb and index finger.

A doctor at the nearby Holy Trinity Hospital where he was taken said Saheed was already dead by the time he was brought to the hospital.

“We didn’t even admit him. He was DOA (dead on arrival) I took one look at him, check his vitals and told them he was dead,” he said.

The Rector of the Lagos City Polytechnic, Akin Oki, said any suggestion that Saheed was left unattended to for 30 minutes is nothing but a “wicked lie.”

“It took us less than 15 minutes after he slumped to take him to the hospital,” he said. In fact, I was going to use my car but it was blocked by the Registrar’s car and the Registrar happened to be in the toilet when it happened.”

Though he confirmed that Saheed was a former student, he said he was no longer a student of the institution technically.

“He came to obtain an HND form. He was no longer our student but we decided to help him on humanitarian ground. We should be commended for our efforts.”

Mr. Oki and other principal officers of the institution were among those that took Saheed to the hospital.

Similarly, Charles Kuye, the school’s Director for Student Affairs, who claimed to have given Saheed CPR before he was taken to the hospital, said the deceased was attended to immediately he slumped.

“I knew Saheed personally. He was even my Facebook friend. He was very popular among the students. There was no reason why we could have abandoned him for 30 minutes. I and two other students were in the pick-up that took him to the hospital. I was the one that called his relatives and I stayed at the hospital until they arrived. People should thank us for what we did,” he said angrily.

“Nobody told us what killed our son. He was a health young man and apart from the occasional malaria he has no history of any serious ailment. The school’s officers were about leaving when we got to the hospital. They only gave N20,000.00 and told us to go bury Saheed,” said a heartbroken Mrs. Akande.

She said she also observed that just before Saheed’s body was taken from the hospital for burial, it started bleeding from the nose.

“We are not saying anybody was responsible for Saheed’s death. We leave everything to God,” she said, her eyes dried with grieve.

Mr. Oki said the school gave Saheed’s family the money because they said he was going to be buried the same day.

“We gave them the money to support them with his burial arrangement,” he said.

Mr. Kuye said he wasn’t aware that Saheed was bleeding from the nose, but blamed the family if that really happened.

“See, after he was pronounced dead by the doctor, his mother brought a perfume and she poured some on his nose. She then placed a picture of T.B Joshua on his chest. She gave me five numbers of Pastor T.B Joshua. Because she didn’t have credit on her phone, I used my phone to call him. After I put the call through, she spoke in a secret language before the pastor started praying. At that point Saheed started fuming from the mouth. At that point we thought he was going to come to. We prayed for hours but nothing happened.”

Some of the student who spoke to us complained about the dilapidated infrastructure and facilities at Lagos City Polytechnic. They said that the school lacks basic first aid materials or an ambulance.

A putrid smell of unwashed toilet hits in the nose like a pugilist’s fist as one approaches the Engineering Department. The students’ toilet is broken. The tiles around the toilet wall have turned black and urine and water floods the toilet floor.

Mr Oki blamed the students for the state of the toilet.

“We have cleaners cleaning the toilet round the clock. But our students are unhygienic and they mess the place up all the time,” he said.

There is an old wooden first aid box outside the Director of Student’s Affairs office. Mr Oki, however, ignored several requests to show the content of the box to our reporter.

Students of the institution, however, say that if the first aid box was well equipped, and a competent medic nearby, Saheed may have been saved.