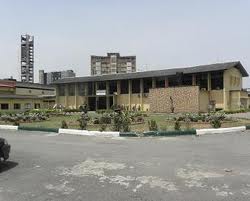 Lagos Museum is in a terrible state and needs to be upgraded, Lagos residents say.

Some Lagos residents on Tuesday decried the poor state of the National Museums in Lagos and called on the Federal Government to upgrade and equip it with new art works.

They made this known in an interview in Lagos on Tuesday.

A businessman, Ayodeji Ojo, said the museum has not been upgraded in so many years, noting that he had been patronising the museum for the past 14 years and in those years, there has been no improvement.

A tour operator, Wale Salisu, decried the state of artifacts in the museum, pointing out that some of them were not in good condition and there were no new art works at the centre.

A teacher, Basirat Oduwole, said that her students have been complaining about the poor condition of the museum, adding that it should be upgraded.

She said that students visited the museum often for excursion and lamented the state of the museum.

Mr. Oduwole urged the Federal Government to upgrade the museum and bring in more artifacts.

An Information Technology expert, Gbolahan Gadegbeku, urged the Federal Government to give the museum a face-lift to attract tourists.

Mr. Gadegbeku said that the museum would fetch government huge revenue if upgraded.