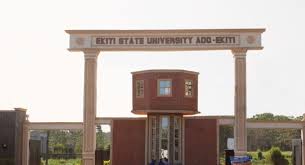 Most cases of violence against women go unreported.

The Women Empowerment and Legal Aid, WELA, has condemned the growing incidences of rape in the country and called for concerted efforts at eradicating the menace.

Nigeria has an alarming rate of rape cases, a lot of which go unreported; and in a bid to curb rape situation, the National Assembly approved a bill to punish rape crime offenders and their accomplices.

WELA, however, insists that the law against rape must not only be made but must be enforced.

The organization in a statement signed by it chairperson, Funmi Falana, also condemned the rape of a female student by five of her male colleagues at the Ekiti State University, Ado, Ekiti State.

The group said the Ondo rape case was particularly appalling because it occurred at the premises of a university “which is supposed to be a citadel of learning and hallmark of leadership training”.

WELA was impressed with the manner the school authorities handled the situation.

“We commend the authorities of the institution for sanctioning the wayward and misguided students. We equally commend the Ekiti State Government for charging the criminal suspects to court for conspiracy and rape,” the group said in the statement.

“No doubt, the sanctions meted out to the suspects will serve as a deterrent to others”.

WELA asked the school authorities to ensure that suspects are charged to court and that the case is followed through to a logical conclusion.

“The victim of the abuse deserves justice and justice in this case means that the rusticated students are duly and diligently prosecuted,” it added.

The women group pledged to support the Ekiti State Government in the prosecution of the case by partnering with the authorities “in stamping out the brutal violation of the dignity of innocent women in the society.”