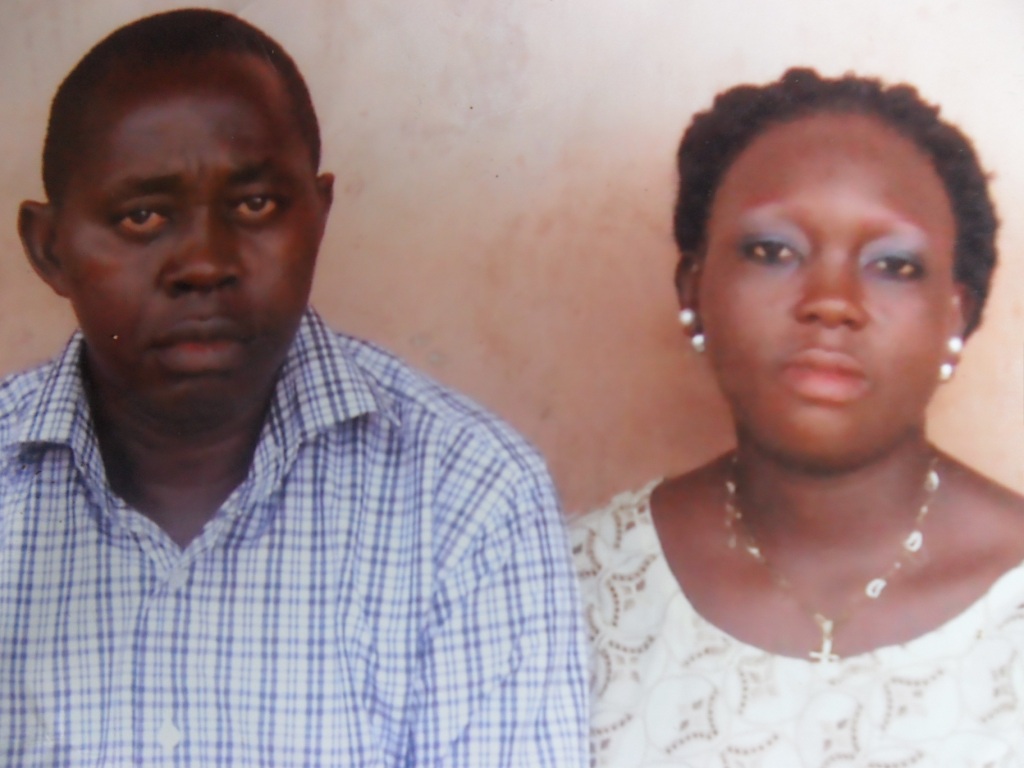 The late Inpector Adelakun Lawal and his wife Modupe

The police officer was shot dead by an enraged colleague.

Modupe Adelakun, widow of the slain police inspector, Adelakun Lawal, has called on the Inspector General of Police, Mohammed Abubakar, to ensure that her husband’s murderer is sanctioned.

In February, Mr. Lawal and his senior colleague, Kazeem Shehu, were having a drink at a relaxation centre, when they got into a heated argument. Mr. Shehu got enraged and shot Mr. Lawal.

Since Mr. Lawal’s death, his assailant, Mr. Shehu, has been left to roam freely and investigation into the murder has taken a snail like pace.

Now, the widow, who was, until the death of her husband, a member of the Ondo Town branch of the Police Officers Wives Association, POWA, seeks justice and is asking the Inspector General of Police to intervene.

In an emotional laden tone, she described her late husband as the bread winner of her family and said his death has caused great pain.

The late police Inspector, father of six children, was until his death attached to the Yaba Divisional Police Station in Ondo Town and posted to a Chief Magistrate Court in the town.

Ms. Adelakun also expressed disappointment over what she described as the slow pace of investigation and the inability of the police to bring the perpetrator of the crime to book several months after he allegedly committed the murder.

Similarly, the president of a pan-Yoruba organisation, the Defense for Yoruba Peoples Right, DYPR, Muyideen Olamoyegun, also condemned the slow pace of investigation by the police.

Mr. Olamoyegun expressed disappointment over the attitude of the police over the issue and expressed the fear that the matter could be swept under the carpet.

He alleged that the suspect has since been taken to Abuja, a ploy by the police to cover up the incident.

Mr. Olamoyegun said his group would not relent on its effort to get justice for Ms. Adelakun and her family.

He said a team of lawyers have been consulted and efforts are being made to seek the assistance of the Nigeria Bar Association and other human rights organisations.