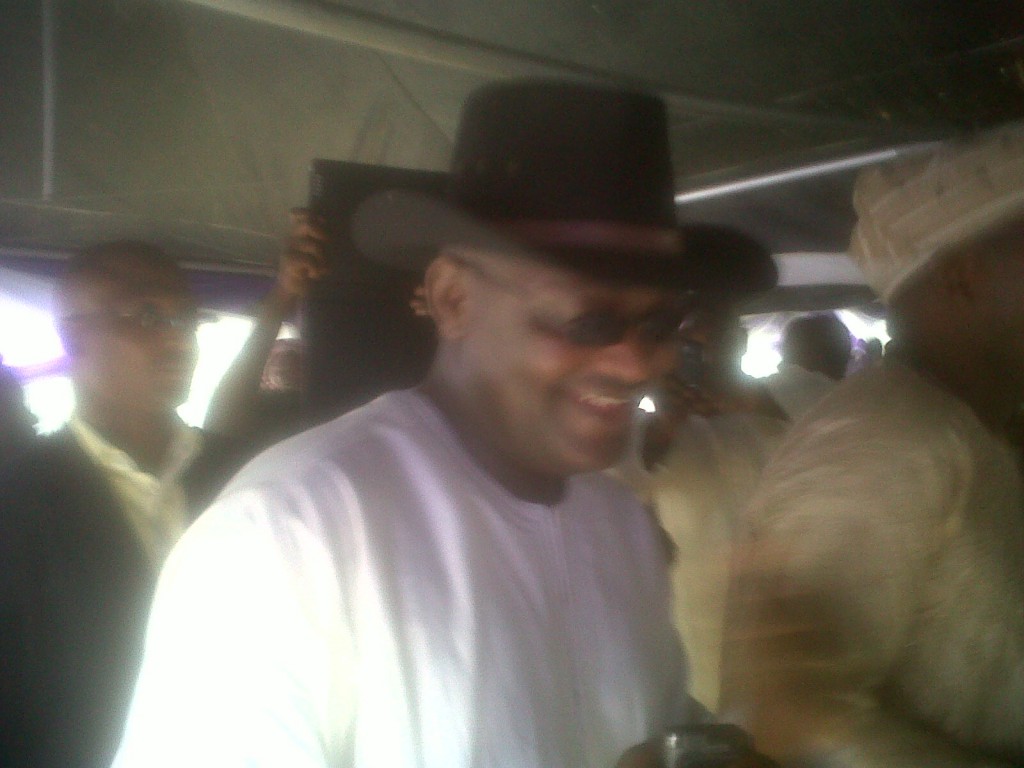 Beaming with smiles as he set out to join Labour Party

Former governorship candidate of the Peoples Party of Nigeria, PPN, in Ogun State, and political son of Gbenga Daniel, former governor, Gboyega Isiaka on Sunday commenced his defection to the Labour Party, LP.

The signal of Mr. Isiaka’s planned defection came to light at his 51st birthday ceremony at his home in the Ibara Government Reservation Area, GRA, Abeokuta, the state capital.

Hundreds of Labour Party members and officials, led by party chairman in the state, Olabode Simeon and secretary, Sunday Oginni, thronged the event, where posters and leaflets of Labour Party (LP) were being distributed to guests.

The former governorship candidate, alongside with his supporters from both Peoples Democratic Party(PDP) and Peoples Party of Nigeria(PPN) were seen in high spirit ahead of the public declaration.

When contacted by our correspondent on his new move, Mr. Isiaka, beaming with smile, said “my friend you can see things yourself, but I will speak at the appropriate time”.

Mr. Isiaka was the governorship candidate backed by the former governor, Mr. Daniel, in the last election under the platform of the then ruling People’s Democratic Party, PDP.

The team exited the party amid internal crisis that ensured Mr. Daniel’s preferred candidate was denied the party ticket.

Led by Mr. Daniel, the team left for PPN, where Mr. Isiaka contested and lost the poll in 2011.

PREMIUM TIMES had exclusively reported that Mr. Daniel’s faction was leading talks that could potentially see the PPN, LP fielding a common candidate for the governorship election.

Sunday’s move signaled that even more members of Mr. Daniel’s team may be following suit.

“We believe in Gboyega Isiaka as a leader that can deliver. He is a material in Ogun State. It is noble for Labour Party to felicitate with him’ the party scribe stated.,” he said.

Jonathan denies signing agreement to serve for a single term