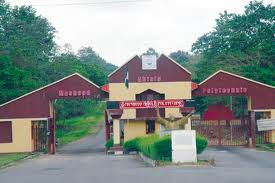 Host community at loggerheads with Ogun Polytechnic over land

The host community said MAPOLY is stealing into its land.

The host community of Moshood Abiola Polytechnic, MAPOLY, in Abeokuta is now at loggerheads with the institution over alleged encroachment on its land.

Residents of Agejo community stormed the governor’s office to lodge complaints against the school authorities, after which the state government promised to mediate and proffer a lasting solution to the dispute.

The protesters armed with various placards alleged that the management of the institution had been encroaching on their lands and demolishing their buildings.

The spokesperson of the villagers, Olalekan Odemuyiwa, while speaking, appealed to the state government and the Bureau of Lands and Survey to intervene in the matter and stop MAPOLY authorities from further demolition of structures on the disputed lands.

Mr. Odemuyiwa also commended the State Government for its various developmental programmes which according to him had been having positive impact on the people of the State.

He added that it was their conviction that Governor Ibikunle Amosun has a listening ear that made them approach his office for an amicable settlement rather than going to the court.

“We believe in our Governor, that’s why we voted for him and that is also why we have come to beg him to intervene in this matter. MAPOLY is encroaching on our lands and demolishing our structures. We don’t want to go to court. We believe this can be resolved by our Governor”, he said.

Responding to them, Secretary to the State Government, Taiwo Adeoluwa, noted that no meaningful socio-economic development can be made in a rancorous environment.

Mr. Adeoluwa assured that government believed so much in equity and fairness and would do everything humanly possible to right all wrongs in accordance with the law.

“It’s not a quick fix but let me assure you on behalf of Mr. Governor that you will not be unduly cheated. We will look into the matter and ensure that justice is done”, the State Scribe said.

While commending them for the matured and civil way they conducted themselves, the Secretary to the State Government enjoined them to remain calm and not to take the laws into their hands as Government would set necessary machineries in motion to address the issues raised without delay.