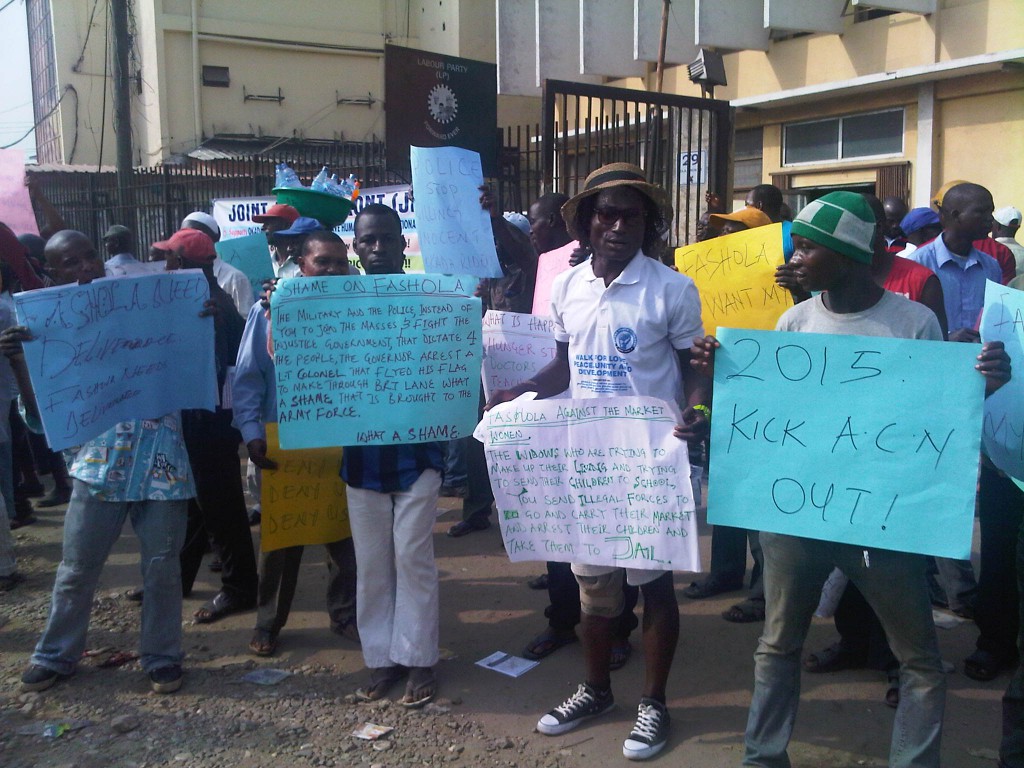 The Lagos police don’t want the okada riders to protest.

Scores of police officers armed with AK47 rifles have been stationed near the Nigeria Labour Congress secretariat, Lagos, in anticipation of Wednesday’s planned mass action by commercial motorcyclists.

The police stopped a similar protest by the motorcyclists, popularly known as okada riders, a week ago.

The motorcyclists, alongside some civil society groups, are protesting the new Lagos Traffic Law which bans then from plying over 400 roads in Lagos.

But the Joint Action Forum, JAF, the organisers of the mass action, said that they are ready for the police.

“We saw all these during the military, so we are not deterred,” said Abiodun Aremu, JAF’s secretary.

“We are making sure that the protest is peaceful so that there will be no reason for the police to stop us,” Mr. Aremu added.

​Last Flight to Port Harcourt: Did Yakowa and Co Deserve to Die? By Ayobami Oyalowo