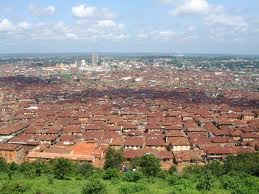 “Oyo state had been known for nothing more than thuggery and dirt,” the group said.

A group of young people in Oyo State said they are determined to bring a change to governance in the state. To achieve this, the group said, they intent to maximize the growing online community among residents, citizens and friends of the state by launching a website, thinkoyo.com.

In a statement by one of its leaders, Adediran Alao, the group said, “Think Oyo is a strategic public-private synergy aimed at aggressively changing and challenging the way things are done in Oyo State.

It said it is disturbed by the appellation now tied to Oyo and will launch its website at the Ibadan Civic Centre on Tuesday.

“Oyo State is a potential economic and socio cultural hub with outstanding human and cultural resources. Over the years however, Oyo State had been known for nothing more than thuggery and dirt.

“With the change in the political landscape, Think Oyo aims to latch onto a political will which has seen massive constructions and policy changes take effect. Think Oyo aims to be a part of the on-going effort to reverse this sad downturn that had hitherto been.