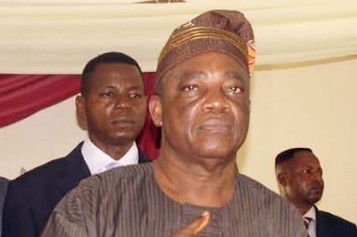 Four persons have been arrested in connection with the kidnap of Ondo State deputy’s governor’s brother.

The Ondo State Police Command, Wednesday, paraded four suspects over the December 7 kidnap of Idris Olanusi, a younger brother and aide to the Deputy Governor of Ondo State, Ali Olanusi.

The State’s Commissioner of Police, Danladi Mshelbwala, gave the names of the arrested suspects as Gideon Oladimeji, Agbavwe Ejamufewani and Joel Udi; while the fourth person, whose name was not given, is said to be a brother to one of the suspects.

Mr. Mshelbwala explained that the victim was abducted by the suspects and others still at large along Oba Adesida Road in Akure, the Ondo State capital around 9.00 p.m. and held in captive for four days in a thick forest around Idoani in Ose Local Government area of the state.

The police commissioner said the officers and men of the command swung into action immediately the matter was reported and traced the kidnappers to a hideout.

Mr. Mshelbwala said the items recovered from the hoodlums include one AK 49 rifle, six magazines of AK 49, 201 live ammunition, one burnt Toyota Camry car, two Dynamites with ammunition, and a Volkswagen Bus.

He said the three suspects confessed to the offence saying they were lured into the crime by poverty and friends who are at large now.

Mr. Mshelbwala said efforts are on going to bring others suspects to book adding that three other suspects have been arrested by the police command in Edo State.

He said the command had foiled so many armed robbery and kidnap attempts in the last few months saying the command will not rest on its oars to make the state inhabitable for the criminals.