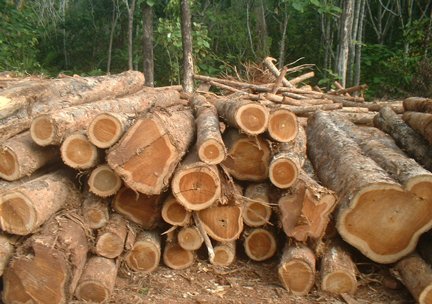 Logging activities, timber exploitation and evacuation of logs across the State Ogun State have been prohibited.

The Ogun State Government has directed that activities in all its forest reserves across the state be suspended immediately.

The state’s Commissioner for Forestry, Ayo Olubori, who made this known in a statement in Abeokuta, indicated that with the directive, all logging activities, timber exploitation and evacuation of logs across the state are prohibited until further notice by the State Government.

Mr. Olubori added that in addition to the directive, all tractors within the Omo forest reserve in Area J1, J3, J4 and J6 should be moved out by their owners immediately, warning that government would not hesitate to wield the big stick against any person or group that flouts the order.

In another development, the government has assured that it will not relent in the steps being taken to curb illegal mining activities in the state until the menace threatening the environment is reduced to the barest minimum.

The Commissioner for Commerce and Industry, Bimbo Ashiru, gave this assurance while speaking at a mining stakeholder’s forum held at Oke-Mosan, Abeokuta.

Government, he said, would not fold its arms and watch some unscrupulous individuals to continue degrading the environment under the guise of mining.

He warned those that are still engaging in the illegal trade to stop forthwith or be ready to face the full wrath of the law, adding that henceforth, anybody caught in the act would be prosecuted in line with stipulated laws.

Mr. Ashiru explained that already, arrangements had been concluded to erect sign posts in strategic locations across the state to alert miners about areas and locations where mining had been outlawed, explaining that government would continue to monitor designated mining sites regularly to ensure they comply with relevant guidelines.

While commending those operating in compliance with laid down rules and regulations of mining, the Commerce Commissioner urged them to collaborate with the government by enlightening their recalcitrant counterparts on the need to turn a new leaf as well as alerting relevant authorities about their destructive operations.