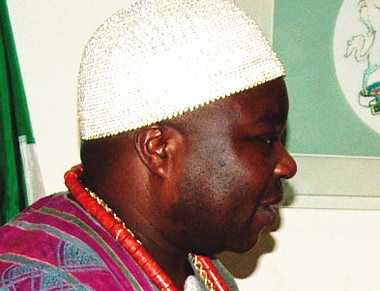 An Ondo State High Court sitting in Akure, the Ondo State Capital, Friday, dismissed a case filed by the former Deji of Akure, Oluwadare Adesina, against the State Government over his deposition in 2010.

It said the case filed by the deposed monarch lacked merit because of the failure of his counsel, Olusola Oke, to produce his two witnesses at the court.

Mr. Oke in his argument said he would need a subpoena to summon the first witness because some people are threatening him not to appear at the Court, while the second witness, the former monarch, had been flown abroad for medical attention..

Mr. Adesina’s lead Counsel prayed the court adjourn the case for another date in order to ensure his witnesses appear at the court.

“We intend to call two witnesses, the first witness was with me on Friday at about 8 a.m. and we had a pre-trial briefing. I also spoke with him at about 6 p.m. of the same day and at all these times he gave me assurances that he will be in court this morning.

“It was at this time that he told me that his family members and agents of the five to 21 defendants were in his house requesting of him not to come to Court. In the circumstance I will need a subpoena to summon him.

“Considering all this circumstance, I urge the court to grant us one more adjournment and I undertake on behalf of the plaintiff that if by that next date, neither he nor his witnesses is in court, we should be barred from asking for further adjournment”

But, the State Government counsel, F.K Salami urged the court to dismiss the case, saying the case has suffered series of adjournment for one reason on the other at the instance of the plaintiff.

“Pursuant to order 37 rule 8 of the order state rules of the high court 1987, I urge the court to dismiss this suit,” he said.

The State Chief Judge, Olasehinde Kumuyi, who presided over the case, said with the agreement of both counsel, the case was adjourned to November 26 and 29 for hearing.

Mr. Kumuyi said he had not seen any good reason why the court should adjourn the case again.

“This suit was filed on June 15, 2010 a period of almost two and a half years ago. If by now we are still not sure of when trial will commence, the justice of the case is not to continue to keep it in the court record book.

“As I told the learned counsel to the plaintiff, this case can be re-listed till when they are ready to prosecute it, provided it is done within the provisions of the rules,” he said.

He subsequently dismissed the case.

The former monarch, Mr. Adesina, was dethroned by the state government for engaging one of his wives, late Bolanle, in a public brawl.

American company accuses Nigerian Judiciary of Corruption in US Court