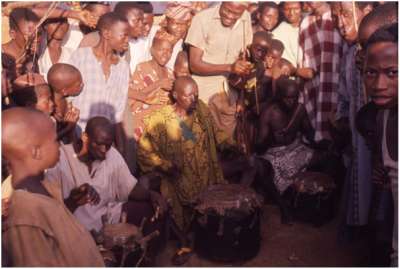 Christian and Muslim leaders claim the activities of the traditionalists violate their rights.

On Saturday, as a traditional cult plans to impose a curfew in the area on that day.

Some students were reportedly denied the opportunity to write their English exam last Saturday as the cult, called Oro, denied free movement to residents.

In a bid to prevent a re-occurrence, the Chairman of the Pentecostal Fellowship of Nigeria (PFN), Ogun Province IV, Ipokia, Samuel Gbesemaovo has asked the State Government to wade into the matter.

The cleric, who raised the alarm in Abeokuta, the state capital, also called on the state government and relevant security agencies to avert an impending religious crisis, which could result from the Oro activities.

Mr. Gbesemaovo alleged that the traditionalists prevented the WAEC candidates from writing their English Language exam last Saturday. He said the problem may repeat itself on Saturday when the candidates are scheduled to sit for Mathematics examination.

He also alleged that the Oro traditionalists had previously attacked mosques and churches in the area, leaving many adherents wounded and property destroyed.

“Grievous assaults occasioning serious injuries to law-abiding citizens, wanton destruction of properties, ritual killings and a host of other such inhuman acts are gleefully perpetrated by these faceless villains in the mystical garb of Oro with impunity and sadly, there appears to be no hope for the oppressed and the victims,” he said.

He said the Oro festival could adversely affect the people of the area economically.

The PFN boss explained that the Christian Association of Nigeria, CAN, and the League of Imams and Alfas in Yewa land, had petitioned the governor, Ibikunle Amosun, and the Ipokia Local Government Chairman, Isiaka Aderounmu, without fruitful results.

Mr. Gbesemaovo, who was accompanied by the PFN Chairman in Ado-Odo/Ota, Toyin Adio, accused some traditional rulers in the area of colluding with the Oro worshippers to perpetrate illegalities.

The Muslim Rights Concern (MURIC), Ogun State chapter, also condemned the activities of the Oro cult describing it as disheartening, retrogressive, and inimical to the image of the State.

The group in a statement by its State Coordinator, Soliu Lukman, stated that “we have spoken against this in different fora and it should be understood that this is not a religious issue but an infringement on the fundamental human rights of the good citizens of the state.”

However, the Mr. Aderounmu, when contacted, said he held a crucial meeting with representatives of the warring groups- including Muslims, Christians and traditionalists- to avert violence.

The council boss maintained that no curfew would be imposed on the people on Saturday, adding that he had alerted the police to be on ground to forestall a breakdown of law and order.

He stressed that security measures would be put in place across the local government, and that he would personally supervise the exercise