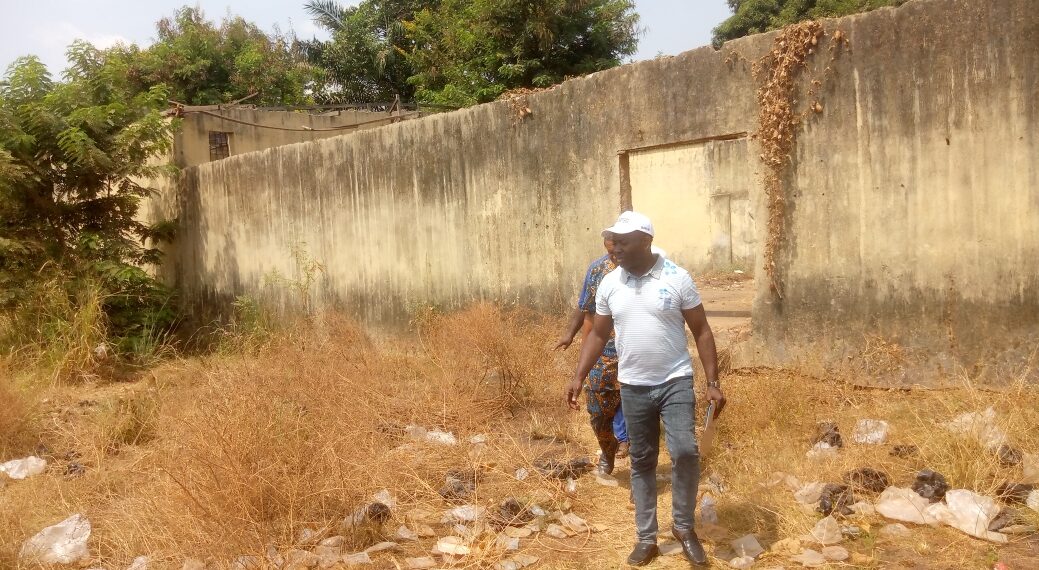 “The facility is well-fenced. But it is surprising to see these structures here.”

The Anambra State Government has directed “land grabbers” and owners of illegal structures within the premises of Awka Township Stadium to vacate the facility.

Chairperson of the Anambra Sports Development Commission, Patrick-Estate Onyedum, announced the directive when he inspected the stadium on Tuesday.

The News Agency of Nigeria (NAN) reports that Mr Onyedum inspected the abandoned gatehouse, collapsed indoor sports hall and the overall layout of the stadium area.

“It is unfortunate that individuals or groups can go into the property of the Anambra government and erect structures within the perimeter fence without consulting the government or obtaining approval from it,” Mr Onyedum said.

He added that the state government, through the Ministry of Lands and the Urban Planning Office, would move in to take full possession.

“The boundaries of this Awka Stadium are not in doubt. The facility is well-fenced. But it is surprising to see these structures here, and the Sports Commission is not aware of them.

“So, we are calling on individuals or groups of persons trespassing into the stadium or erecting structures to stop forthwith,” the commission chairperson said.

Mr Onyedum said the state government led by Governor Charles Soludo was ready to take full possession of the Awka Stadium and transform it into a sports community.

He said the government planned to build a football pitch, athletics tracks, indoor sports hall and courts for tennis, volleyball, basketball and handball in the stadium.

The chairperson said the stadium has all it takes to make Awka the sports hub of the South-east.