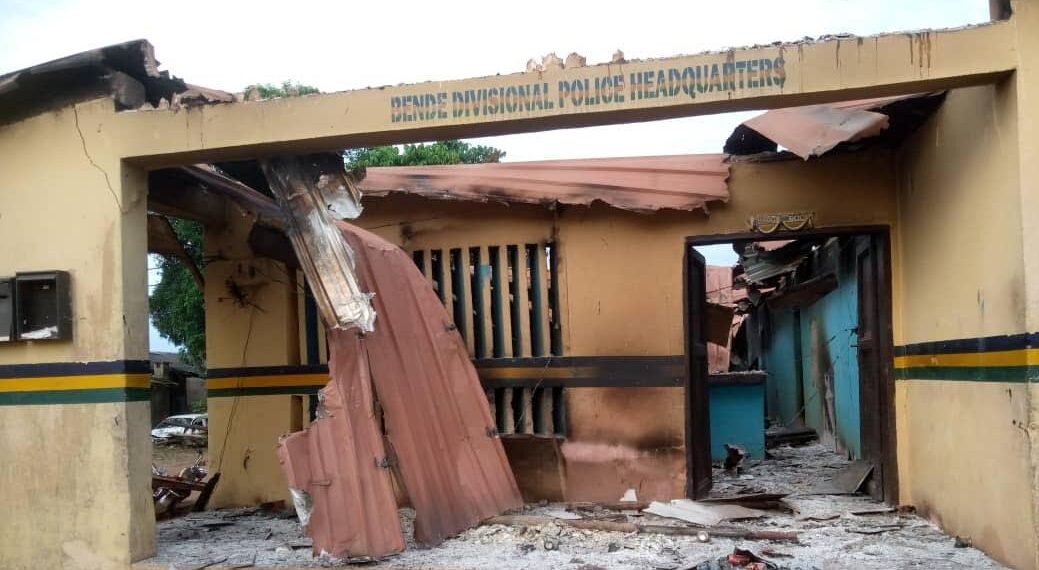 The security situation has continued to deteriorate in the South-east

The gunmen, who attacked in the early hours of the day, also set the police facility ablaze.

The police spokesperson in Imo State, Henry Okoye, disclosed this to reporters in Owerri, the state capital, Vanguard newspaper reported.

Mr Okoye, an assistant superintendent of police, said police operatives engaged the gunmen in a shootout during the attack.

The hoodlums fled the scene when they were overpowered by the operatives, he said.

“Unfortunately, one of our personnel, whose identity wouldn’t be disclosed for security reasons, paid the supreme price,” the police spokesperson stated.

Mr Okoye said the police in the state had begun an operation to track down the hoodlums.

Like other states in Nigeria’s south-east, security has deteriorated in Imo State with frequent attacks by armed persons.

The latest attack occurred about three days after gunmen, suspected to be members of the outlawed Indigenous People of Biafra (IPOB), attacked Agwa Vigilante Group in Agwa Community in the same council area of the state.

Three suspected members of the IPOB were killed by police operatives who foiled the attack.

The Nigerian government has accused the IPOB of being responsible for the deadly attacks in the region. But the group has repeatedly denied any involvement in the attacks.

IPOB is a group leading the agitation for an independent state of Biafra which it wants to be carved out from the South-east and some parts of South-south Nigeria.