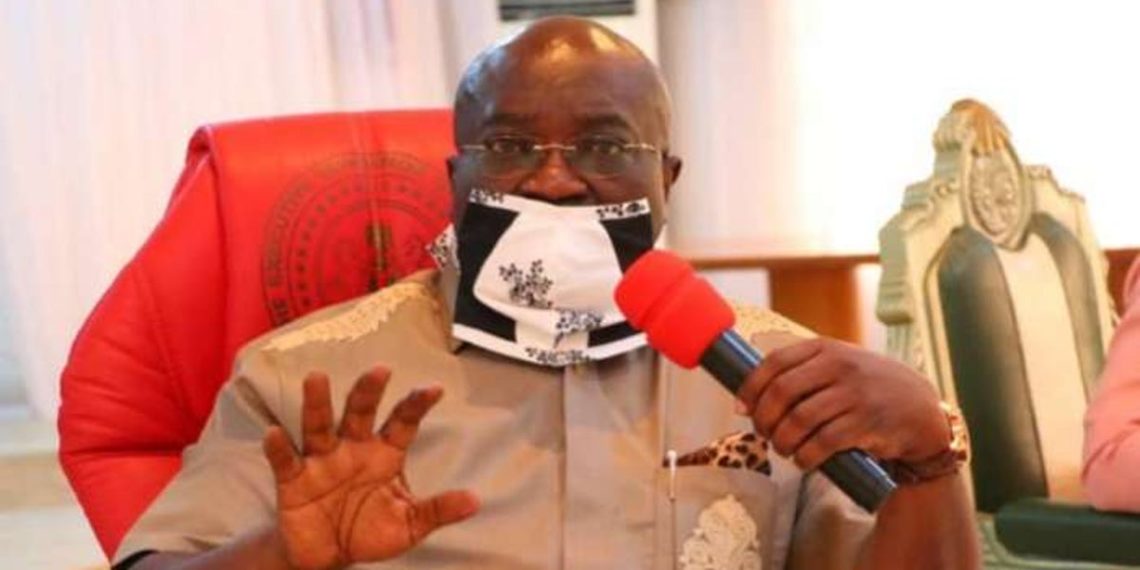 The governor said he had delivered on his promises to improve the infrastructure and socioeconomic well-being of Abia residents.

Governor Okezie Ikpeazu of Abia State has presented N157 billion 2023 budget to the House of Assembly.

Mr Ikpeazu made the presentation on Wednesday at the Assembly Complex in Umuahia.

The budget, titled “valedictory, economic expansion and stability budget,” is a 6.9 per cent increase from the N147 billion 2022 budget presented by the governor in December, 2021.

Mr Ikpeazu, while presenting the 2023 budget, said he had delivered on his promises to improve the infrastructure and socioeconomic well-being of Abia residents, citing some projects accomplished by his administration.

He said the 2023 budget was designed to focus on the successful completion of on-going programmes and projects that have “direct bearing on the people’s wellbeing”.

“This will enable the government to consolidate the gains of the past years in the provision of social amenities for the people.

“We also see this as an opportunity to pursue recovery by redirecting resources to improve on the production chain in the state and add value to products from our people,” he said.

He said, out of the recurrent expenditure of N75 billion, about N33 billion was devoted to personnel cost, N19 billion to overhead cost and N22 billion to consolidated revenue fund charges.

He said the budget was prepared “as a complement and a necessary signal for the private sector to increase investment in the production and supply chains” of the state’s economy.

“It is with great pleasure, therefore, that I lay before the distinguished members of the 7th Abia State House of Assembly the 2023 Budget proposals of the State Government, for your kind consideration and passage,” he said.

Mr Ikpeazu told the lawmakers that the budget would “only be partially implemented” by his administration given that he would exit office on 29 May 2023.

“Therefore, it is imperative that we put the revenue and expenditure structures on a sound footing to help the incoming administration take off effectively,” he stated.