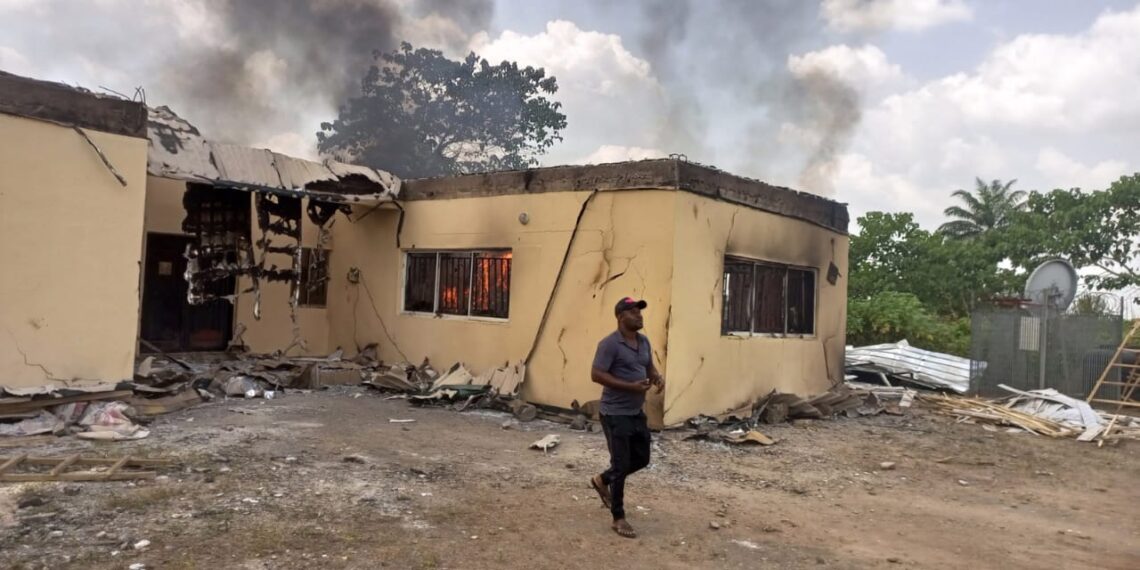 A yet-to-be-determined quantity of Permanent Voters’ Cards has been destroyed by the attack, INEC said.

A local office of the Independent National Electoral Commission (INEC) was set ablaze on Sunday in Ebonyi State, south-east Nigeria, by some unidentified persons.

A yet-to-be-determined quantity of Permanent Voters’ Cards have been destroyed by the attack, INEC said.

The Resident Electoral Commissioner in the state, Onyeka Ugochi, had informed INEC headquarters, Abuja, of the development, according to the statement.

Mr Okoye said, “Although no casualties resulted from the attack, the main building and all the movable and immovable items inside it were destroyed.

This is the third attack on an INEC local office in less than three weeks following similar attacks on the commission’s offices in Ogun and Osun states on 10 November, Mr Okoye said, adding that the attack had been reported to the police and other security agencies.

A clip posted on INEC Facebook page showed the destroyed building, with fire still burning inside.

Ebonyi, like other states in Nigeria’s south-east region, has been grappling with deadly attacks linked to Biafra agitation.

Security officials and government buildings are often the target of such attacks.

Why silence is not always golden, By Ayo Akerele