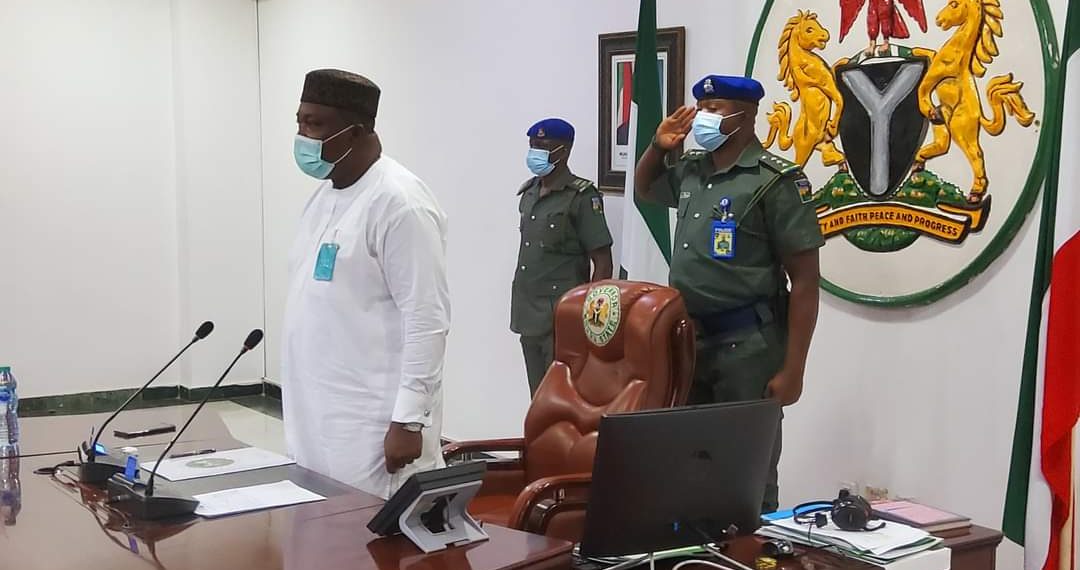 Governor Ifeanyi Ugwuanyi of Enugu State has condemned the attacks on the communities.

The suspected herders also razed several houses and injured many.

The incident occurred at about 1 p.m.

A community leader, Augustine Odoh, who confirmed the attack to reporters on Tuesday, said the herders had been attacking the community since Saturday.

“They (herders) invaded first on Saturday, killed two people. Yesterday (Monday), they invaded the community again and killed eight people including our women and children. So many other people, about 25 of them were equally wounded. They are in the hospital; we don’t know how many people are going to survive,” Mr Odoh said.

He said the residents of the community were holding meetings to deliberate on how to carry corpses of those killed to Government House, Enugu, when the herders attacked again, on Tuesday.

Francis Ogbu, another community leader, said the herders attacked Iyi Asa, another village in the community during the Tuesday attack.

“This Tuesday morning, the herdsmen came again, shooting, burning houses and properties. As we speak, we do not know how many people have been killed,” he said.

The suspected herders also attacked Mgbuji, another community in the council area, where several residents were said to have also been killed and houses razed.

Other sources claimed that over 50 persons were killed in the attacks between Saturday and Tuesday in the affected communities.

PREMIUM TIMES could, however, not verify this claim.

A video clip apparently shot hours after the attack on Tuesday has gone viral on Social media.

In the clip seen by PREMIUM TIMES, several residents were seen fleeing their communities.

A source from the community told PREMIUM TIMES that many of the fleeing villagers were headed to neighbouring communities in Ebonyi State.

The police spokesperson in Enugu State, Daniel Ndukwe, did not respond to calls and a WhatsApp message seeking comments from him on the attacks.

Governor Ifeanyi Ugwuanyi of Enugu State has condemned the attacks on the communities.

The Secretary to the State Government (SSG), Simon Ortuanya, disclosed this in a statement, after a close-door meeting with leaders of the communities on Tuesday at the Government House, Enugu.

Mr Ortuanya, a professor, asked heads of security agencies in the state to deploy more personnel to the affected communities to quell the attacks.

The SSG said the state government would meet with the leaders of the herders in the area “to decisively resolve the contentious issues that might have led to the recent attack”.

He said Mr Ugwuanyi has released N10 million for the immediate needs of the victims who have been taking refuge in some internally displaced persons camps in the communities.

He also said the governor has asked a delegation to visit the victims at the hospitals and internally displaced persons camps “to review their situation and ensure they receive adequate medical attention”.

Speaking after the close-door meeting, the Anglican Bishop of Eha-Amufu Diocese, Daniel Olinya, thanked the governor for the N10 million released for the victims.

“I am sure that when we take this money to them, every one of them is going to be happy, and I want to thank the governor and Enugu State Government for coming out immediately to intervene in this situation,” Mr Olinya said.

Three people were killed by suspected herders in the community in June.

In July, suspected herders reportedly abducted seven residents of the same community and shot three others.

The then Commissioner of Police in the state, Abubakar Lawal, visited the area in June, alongside top officials of the State Security Service, Nigerian Army and Nigerian Airforce, as part of the efforts to end the attacks.

The attacks have continued despite assurances by the security agencies to “decisively tackle” them.