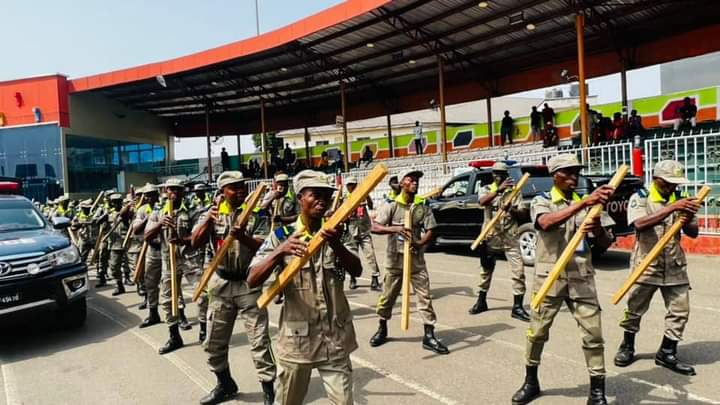 Besides the general insecurity in the South-east, there have been rampant cases of deadly attacks against Ebubeagu in Ebonyi.

Ebubeagu is a regional security organisation put together by governors of the South-east to tackle the security challenges in the region, which is linked to Biafra agitation.

But the security outfit itself, in Ebonyi and Imo states, has been tainted by accusation of abduction, torture, and extrajudicial killings.

The killing of the two Ebubeagu operatives happened around 7 p.m. on Friday at Ebebe Junction in Ebonyi Local Government Area of the state, Monday Opara, a resident, told the News Agency of Nigeria (NAN).

“There were other victims, but before they could get to the hospital, two of them died while others with bullet injuries are still receiving treatment,” Mr Opara said.

Police spokesperson in Ebonyi, Chris Anyanwu, has confirmed the killing.

“Investigation is on-going into the matter and no arrest has been made,” Mr Anyanwu, a superintendent of police, said on Saturday in Abakaliki.

Besides the general insecurity in the South-east, there have been rampant cases of deadly attacks against Ebubeagu in Ebonyi.

Governor Dave Umahi of Ebonyi State has said the security outfit would not be disbanded, despite the alleged involvement of some of its officials in extra-judicial killings.

The governor said Ebubeagu is doing a “beautiful” job, helping the police and the army to fight crimes in the state.

He advised members of the security outfit to act within the limit of the law by promptly handing over suspected criminals to the police.

“You are not even permitted to torture them not to talk of killing them but you have the right of self-defence and the evidence must be there,” the governor said.