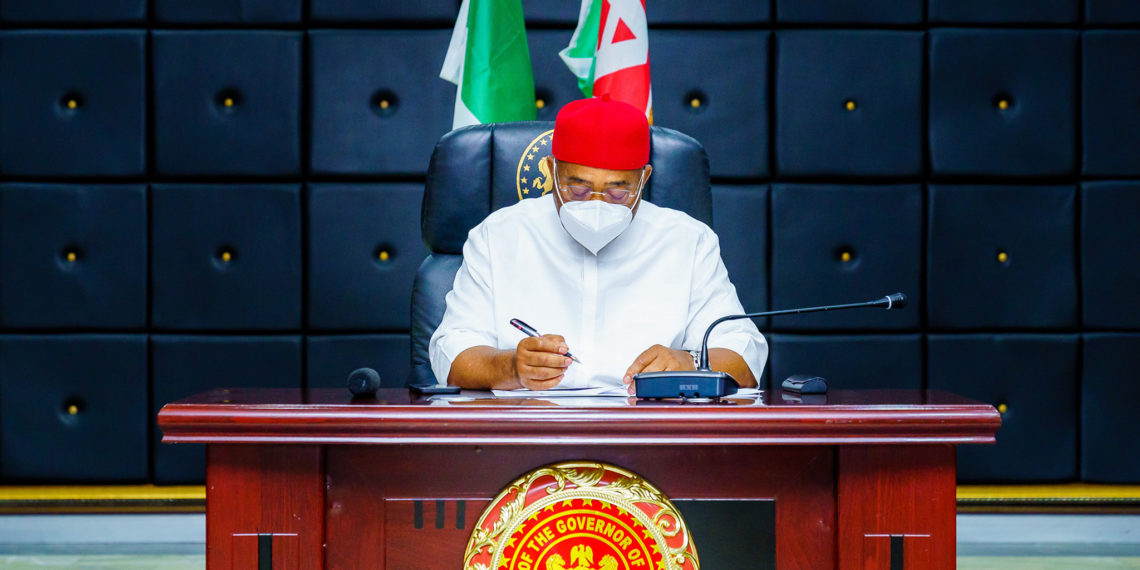 “Health is wealth. We remain committed to improving the health and by extension the productivity of civil servants in our state’s workforce.

Mr Uzodinma gave the approval at a town hall meeting he held with top management staff of the Imo Civil Service in Owerri on Tuesday.

The governor said the gesture was part of efforts to ensure that civil servants in the state remained healthy and well-positioned to carry out their duties.

He added that over 47,000 verified workers in the state would be part of the scheme.

Mr Uzodinma, therefore, directed the state’s Ministry of Health to get all verified workers into the free medical scheme.

He also said that workers, at both state and local government levels, would receive medical care from government-owned hospitals and designated private hospitals.

“Health is wealth. We, therefore, remain committed to improving the health and, by extension, the productivity of civil servants in our state’s workforce.

“I have been told it would cost N500 million to sustain this health insurance but that notwithstanding, I remain committed to it,” the governor said.

The state’s Head of Service, Raymond Ucheoma, commended the governor for the kindness and untiring support to the welfare of workers.

He described the gesture as “a historic landmark” which he said would reinvigorate workers to continue putting in their best.

Mr Uzodinma reassured workers who were due for promotion would all be promoted to boost their morale.

He also said the shortfall in the number of teachers required by the Imo State Education Management Board (SEMB) would soon be a thing of the past, as the government had completed plans to engage more teachers.

The News Agency of Nigeria (NAN) reported that Heads of Ministries, Departments and Agencies attended the meeting in the state, including permanent secretaries, directors of ministries, the chairman of the Imo Internal Revenue Service and the general manager, Imo Data Centre.