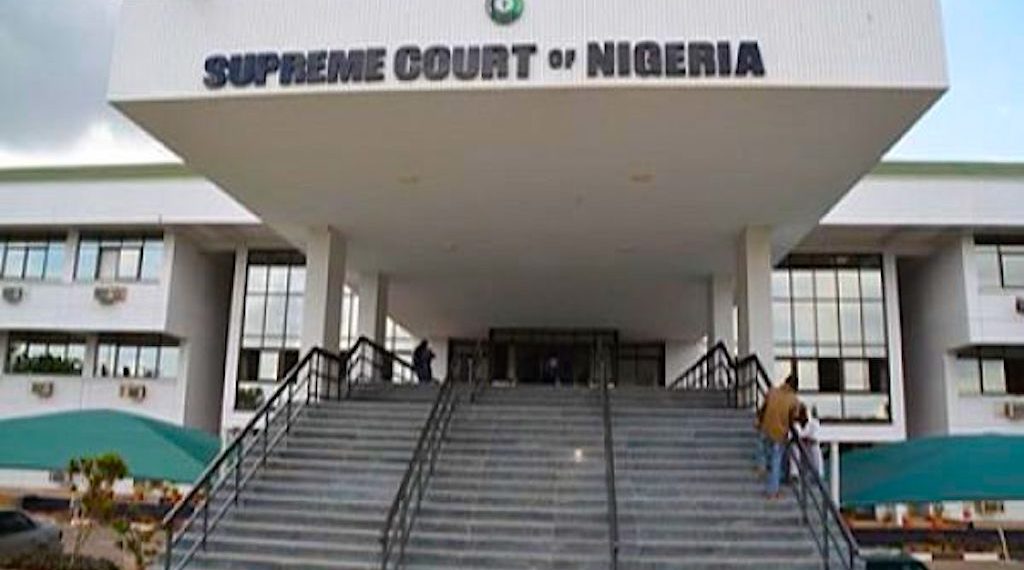 Delivering its judgment, a five-member panel of the Supreme Court, led by Justice Amina Augie, unanimously affirmed the appeal filed by Mr Ifeanyi.

The Supreme Court, on Wednesday, held that Chukwuma Ifeanyi is the authentic governorship candidate of the Peoples Democratic Party (PDP) in Ebonyi State for next year’s election.

Delivering its judgment, a five-member panel of the Supreme Court, led by Justice Amina Augie, unanimously affirmed the appeal filed by Mr Ifeanyi.

The apex court nullified the 19 July decision of the Court of Appeal.

The Court of Appeal had ordered a re-trial of the case between Mr Ifeanyi and Joseph Ogba on the dispute over who was the validly nominated candidate of the PDP.

In its ruling, the Supreme Court restored the verdict of the Federal High Court in Abakiliki, Ebonyi State.

The court said the Court of Appeal lacked the jurisdiction to have heard the appeal lodged by Mr Ogba.

Giving further reasons, the apex court held that the notice of appeal filed by Mr Ogba on 17 June 2022 was incompetent because he failed to first obtain the leave of court to appeal as an interested party.

The apex court further held that the incompetence of Mr Ogba’s notice of appeal robbed the Court of Appeal of the requisite jurisdiction, and as such, all the proceedings conducted amounted to a nullity, including the order made in the 19 July judgment setting aside the 7 June judgment of the Federal High Court, which had upheld Mr Ifeanyi’s nomination.

The apex court also struck out the cross-appeal filed by Mr Ogba.

The court declared Mr Ifeanyi as the authentic PDP governorship candidate for the 2023 election.

It will be recalled that PDP rescheduled its primary poll for June 4 and 5 after an initial primary held on May 28 and 29, which produced Mr Ifeanyi as the governorship candidate.

But the rescheduled exercise of June 4 and 5 produced Mr Ogba as another governorship candidate of the PDP.

In his judgement, the judge, Fatun Riman, said the second primary election wss invalid as it was not monitored by officials of INEC, the electoral umpire.

In his reaction, Mr Ifeanyi hailed the Supreme Court’s ruling. He dedicated his victory to the people of the state for keeping faith in him throughout the period of litigation.

“Our victory today at the Supreme Court is dedicated to God Almighty and you the good people of Ebonyi State.

“Your steadfast belief and support for our collective aspiration for a better Ebonyi State, has yet again, received God’s blessings.

“Like achieving anything of enduring value, the process can be tough but not beyond our resilience to overcome.

“Today, we are one step closer to our goal of making life better for you, our people. By the grace of Almighty God we shall succeed,” he said in a statement sent to journalists.

The PDP has been the dominant party in Ebonyi since 1999, winning most of the elections in the state.

However, the current governor of the state, David Umahi, who was twice elected governor on the PDP platform, defected to the All Progressives Congress in 2020.