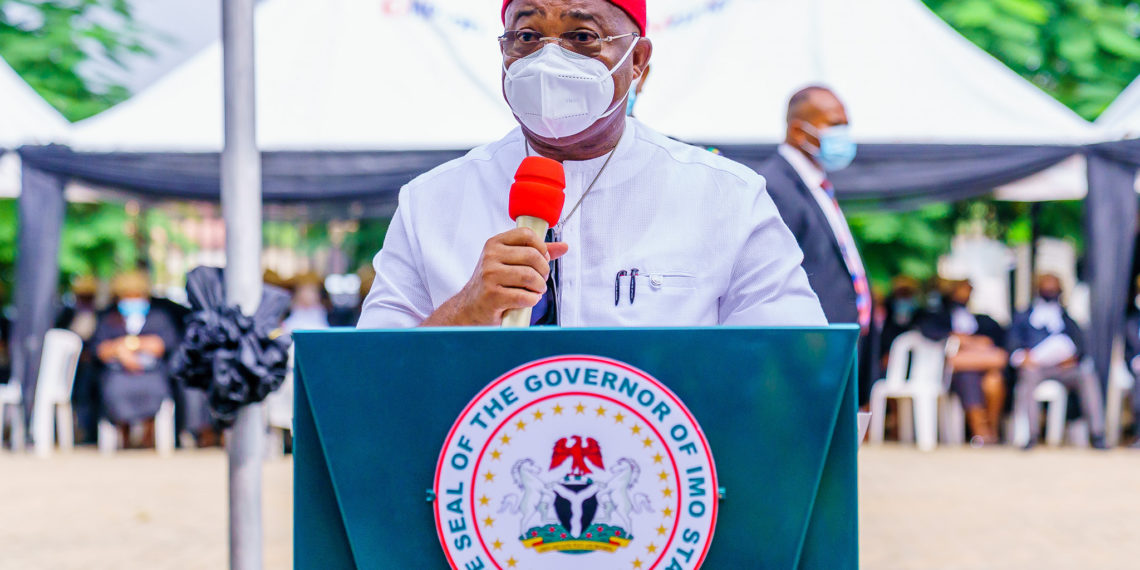 “If you come to Imo, there is nothing called sit-at-home again. We have been able to support our security officers to occupy the space."

The Governor of Imo State, Hope Uzodinma, has said the sit-at-home order of the proscribed Indigenous People of Biafra (IPOB) has ended in most parts of Imo State, except in remote places.

Mr Uzodinma disclosed this on Tuesday during an interview on “Politics Today”, a political programme on Channels TV.

IPOB had last year announced Mondays as sit-at-home days in the South-east to force the federal government to release its leader, Nnamdi Kanu, who is standing trial for treason.

Mr Uzodinma said the people of the state now move freely on Mondays.

He said the government of Imo State has given adequate support to security agencies in the state thereby allowing people to move freely on such days.

“If you come to Imo, there is nothing called sit-at-home again. We have been able to support our security officers to occupy the space,” Mr Uzodinma said.

He also stated that he is opposed to arming vigilante groups, including Ebube Agu floated by state governments in the South-east because they are not properly trained.

Ebube Agu has been accused of human rights violations and extrajudicial killings in the region, particularly in Imo State.

In July, the outfit was accused of carrying out a massacre in Otulu Ubawaha, a community in Oru Local Government of Imo State.

Speaking on the allegations of needless attacks by Ebube Agu, the governor alleged that some of the attacks are carried out by “bandits impersonating Ebube Agu” personnel.

“Those who don’t want peace are the ones complaining. Some of these bandits are now operating as Ebube Agu. These bandits attack communities and come up with propaganda that it is Ebube Agu,” he said.

I will not join issue with Peter Obi, Our people are obedient to APC

Mr Uzodinma, a member of the All Progressives Congress (APC), also spoke on the presidential race and the rising popularity of the candidate of the Labour Party, Peter Obi.

He said he will not join issues with Mr Obi but that he is committed to marketing the presidential candidate of his party, Bola Tinubu.

“My party is APC, I have my candidate in my party. I don’t know what will come out of the consultations. I don’t want to join issues with Peter Obi, whom you know is not a member of my party. I know that members of APC are obedient to APC,” Mr Uzodinma said.