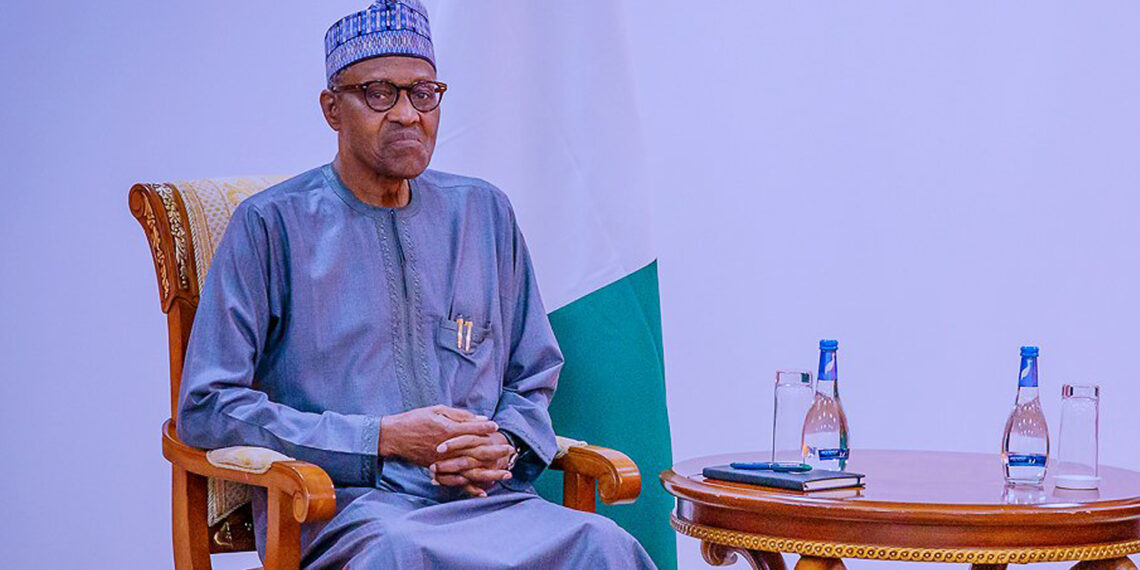 President Muhammadu Buhari during his meeting with PM Boris Johnson on the sidelines of CHOGM 2022 [PHOTO: Presidency]

The lawyer disclosed this in a statement on Friday.

Mr Buhari, during a bilateral meeting with Boris Johnson, the British Prime Minister on the margins of the 26th Commonwealth Heads of Government Meeting (CHOGM) in Kigali, Rwanda, on Thursday, reiterated his earlier position that Mr Kanu jumped bail in 2017 while he was being tried in court.

He also suggested that the IPOB leader would still jump bail if he was to be granted bail again, insisting that he must defend himself in the court.

He said the comments have confirmed the president’s alleged partisan stance on the matter.

The lawyer insisted that Mr Kanu did not jump bail but was compelled to flee the country after his Afara-ukwu residence was invaded by the Nigerian security forces in September, 2017.

Mr Kanu is billed to appear in court on June 28 for continuation of his trial.

Mr Ejiofor said the President’s comment, coming barely a week to the court sitting, was intended to influence the court ruling in favour of the Nigerian government.

“What really was the raison d’ etre for the statement? Is it a veiled warning to the court? Does it preempt an already settled position? Is there a nexus between this statement and the ultimate decision that would eventuate on the application?” he said.

Mr Ejiofor said it was unfortunate that the President made the comments despite declaring at different events that he would not interfere in the judicial proceedings, after rejecting appeals by some Igbo leaders to intervene for Mr Kanu through a political solution.

He accused Mr Buhari of “usurping” the judicial powers of the court noting that his statement was capable of “preempting the ruling of the court and prejudicing the entire proceedings.

“It is our apt observation that President Buhari, with greatest respect to his office, stands in grave contempt of the court proceedings by this singular declaration, and should be made to appear in Court to answer to this contemptuous statement,” Mr Ejiofor said.

The lawyer called on international communities to take note of the president’s comments, just as he urged the court “to remain firm in the discharge of her judicial functions and uphold justice without bowing to pressure.

IPOB, a separatist group led by Mr Kanu, is agitating for an independent state of Biafra to be carved out from the South-east and some parts of the South-south Nigeria.

Mr Kanu is being detained by Nigeria’s secret police, SSS, in Abuja where standing trial for terrorism.

He was “intercepted” in Kenya and brought back to Nigeria in June, 2021, under controversial circumstances, for the continuation of his trial.

Why Africa should stand by Ukraine against Russia – Foreign Minister

Friday Sermon: The significance of the first ten days of Dhul-Hijjah, By Murtadha Gusau