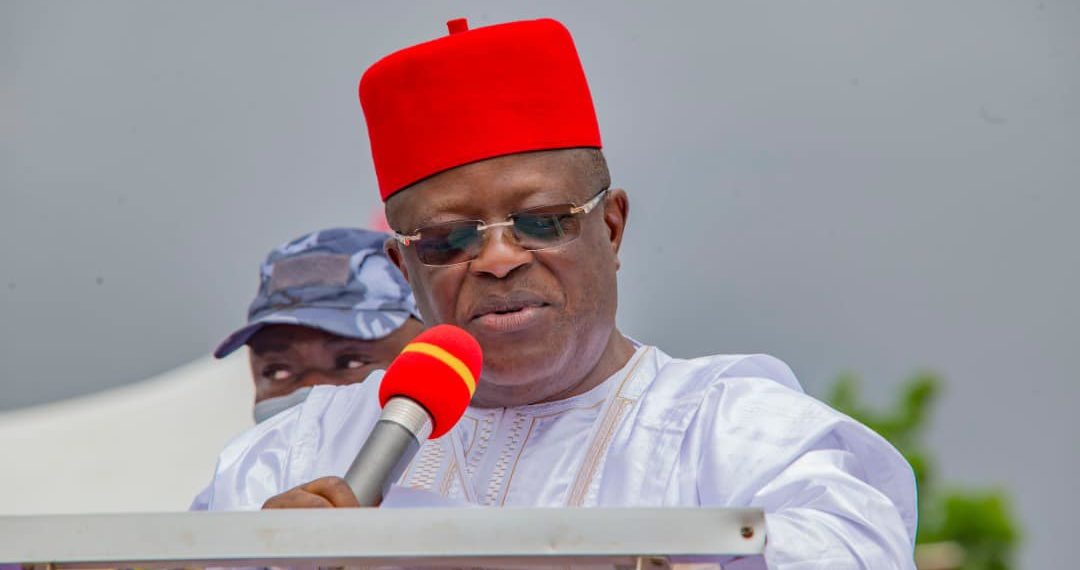 The governor said that the APC was instrumental to the infrastructural and economic development of Ebonyi State.

Governor David Umahi on Monday said that Ebonyi people would massively vote for the All Progressives Congress (APC) and not Labour Party or any other party.

Mr Umahi, apparently reacting to the growing popularity of the Labour Party and its presidential candidate, Peter Obi, in the South-east zone, made the declaration while swearing-in five new commissioners.

The governor said that the APC was instrumental to the infrastructural and economic development of the state and the people would identify with it at all time.

“Let the states which the Labour or any other party helped vote for it as Ebonyi has been liberated and risen.

“The APC presidential candidate, Bola Tinubu, started with one state and used it to liberate his people.

“We should do the same in Ebonyi and make people negotiate with us with our massive number of votes,” he said.

He noted that he has decided on his consensus candidates for the forthcoming local government area elections in the state and urged that his wish be respected.

“The stakeholders should meet and decide where the councillorship positions should be zoned.

“We want to elect people who are popular and are capable of winning elections for us,” he said.

Mr Umahi berated LGA leaders for the dismal number of registered voters in their areas with some recording as low as 2,000 voters in the ongoing registration exercise.

“I will sack commissioners and other appointees from local government areas which record fewer than 30,000 before the end of the continuous voters exercise.

“I hereby direct the deputy governor, among other stakeholders, to meet immediately and appoint five people in each registration centre who shall serve as polling administrators” he said.

The governor congratulated the new commissioners on their appointments and urged them to contribute positively as the administration anchors in 2023.

The Attorney General and Commissioner for Justice, Cletus Ofoke, said that the new commissioners were appointed to fill the vacuum created by the previous appointees who resigned to seek elective offices.