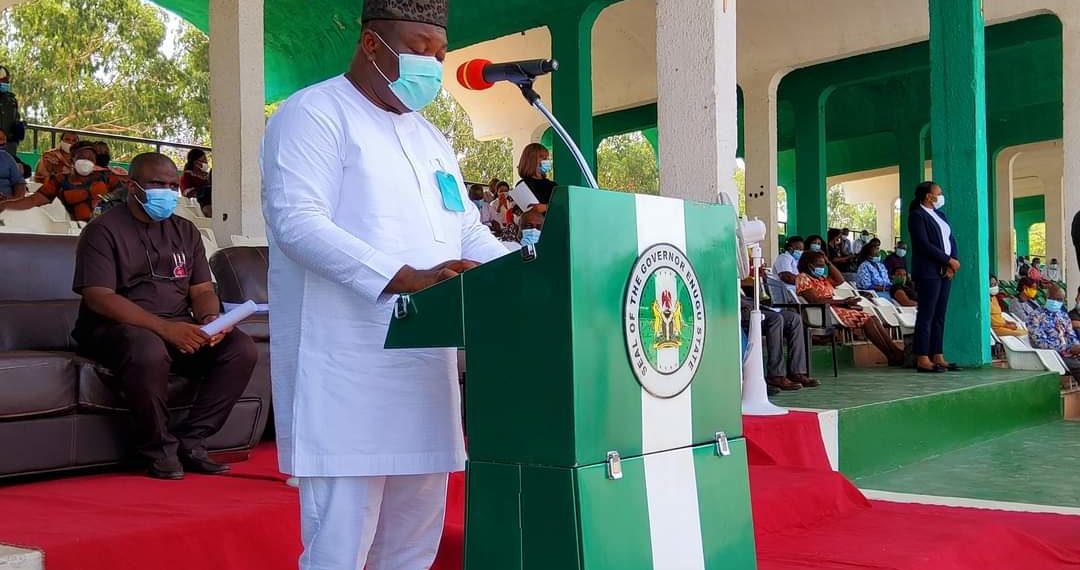 Each of the beneficiaries received N100,000 from the Enugu government, an official said.

The Enugu State Government has offered bursaries to 165 indigenes in different campuses of the Nigerian Law School.

The I65 beneficiaries of the financial awards were identified and listed by the students themselves when they interacted with Governor Ifeanyi Ugwuanyi at the Government House, Enugu, on Thursday.

He stated that each of the beneficiaries received N100,000 from the government through his office.

Mr Abonyi disclosed the governor started paying the bursary to Enugu indigenes in the Nigerian Law School in 2020 during the outbreak of the Covid-19 pandemic.

He said the state government, during the heat of the COVID-19, in 2020, paid N24 million to Enugu law students to cushion the adverse effects of the pandemic.

Mr Abonyi said: “This payment was made when most states were struggling to pay workers’ salaries because of the economic recession.”

He urged the students to be good ambassadors of the state wherever they find themselves.

“Always have our dear state, Enugu, in your prayers for the sustenance of peace, security and good governance entrenched by Governor Ugwuanyi’s administration,” he advised the students.

Reacting on behalf of the beneficiaries, the leader of the law students, Michael Onah, expressed gratitude to the governor for his “humility, benevolence and steadfastness”.

Mr Onah reiterated the commitment of the law students towards making Enugu State proud, promising the governor that they would make him proud in their final examination in August, in appreciation of his kind gesture.

Describing the bursary as “a privilege and not a right”, the leader of the law students reassured Mr Ugwuanyi of their support, prayers, and solidarity.

2023: Akpabio to run for Senate after stepping down for Tinubu

Musings on the APC presidential primary, By Osmund Agbo