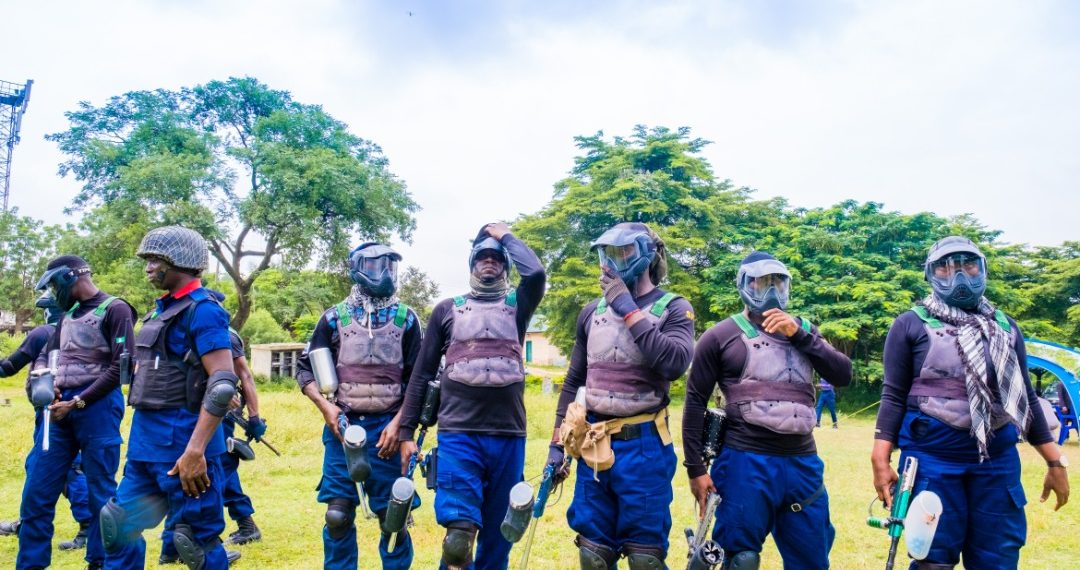 The civil defence corps told the new members of the squad to resist the temptation to act unjustly to civilians.

The Nigerian Security and Civil Defence Corps (NSCDC) on Friday inducted 50 women who successfully completed their training into its Female Special Squad in the Anambra Command.

The News Agency of Nigeria (NAN) reports that the personnel were inducted at a special passing out parade held on Friday at the NSCDC Command Headquarters in Awka, the state capital.

Chimezie Obiyo, the commandant of the NSCDC, who spoke at the ceremony, said the injection of the personnel into the squad was part of efforts to promote the federal government’s safe school initiative.

Mr Obiyo said members of the squad who have been highly trained would also protect national assets in and around Anambra.

He said the training of the squad was in line with the directive of the Commandant General of the Corps, Ahmed Audi, aimed at ensuring that schools around the country were safe.

Mr Obiyo expressed delight in the efforts made by the current Commandant General of the NSCDC aimed at boosting the capacity of the service to curtail insecurity and insurgency in Nigeria.

He charged members of the squad to discharge their duties with extra commitment and wisdom to surmount the “arduous” task ahead.

“The six months of rigorous training was designed to prepare the members of the squad for a challenging but rewarding task ahead.

“Congratulations for your resilience during the training, take advantage of the knowledge and skill acquired from the internal security module, to safeguard lives and properties wherever and whenever they were deployed.

“Beware of your civic responsibility, resist the temptation to act unjustly to civilians, uphold the highest level of discipline and display professionalism while discharging your duties,” Mr Obiyo said.

Also speaking, Felix Oke, an assistant commandant general in charge of Zone K, congratulated the inducted squad members for the successful completion of their training.

Mr Oke urged them to follow and respect the rules of engagement at all times and avoid accidental discharge while striving to maintain law and order.

Ebonyi civil servants to get bags of rice, N10,000 as ‘Christmas gifts’

Prices of bread to increase further as bakers prepare for strike

Police declare manhunt over lynching of two men in Nsukka