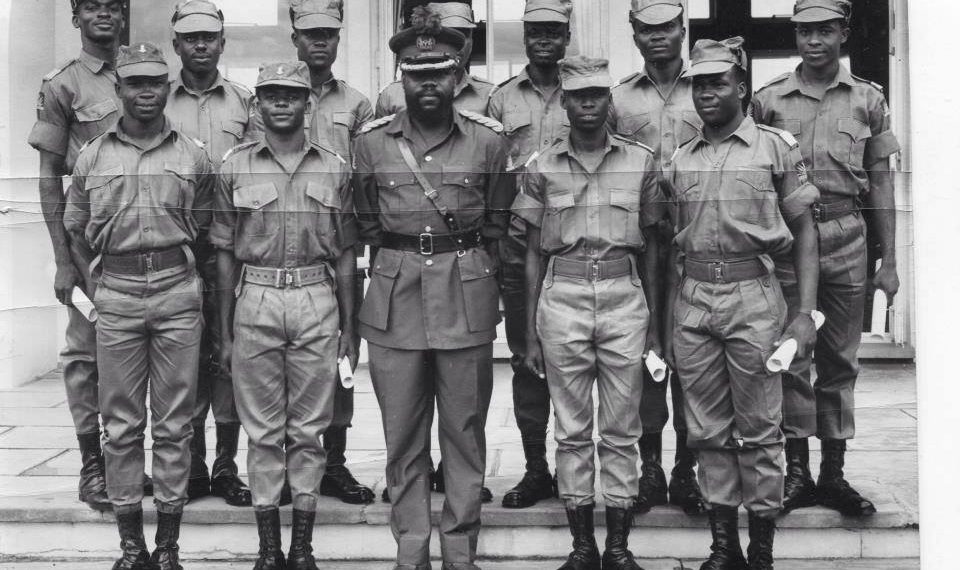 Late Biafran leader, Odumegwu Ojukwu in a group photograph with other Biafran soldiers

“We do not want any war. We have shed enough blood without producing corresponding political results.”

Former Senate President, Anyim Anyim, on Tuesday called for the establishment of a memorial gallery with a detailed account of the Nigerian civil war to enlighten the younger generation.

Mr Anyim was also the Secretary to the Government of the Federation under President Goodluck Jonathan.

He made the call at an international research conference on 50 Years Post-Nigeria Civil War organised by the Centre for Health and Allied Legal and Demographical Development Research and Training at the Nnamdi Azikiwe University (NAU), Awka.

The theme of the conference was “50 Years Post Nigeria Civil War: Issues, Challenges and Prospects Toward National Integration, Justice, Peace and Security”.

Mr Anyim said that establishment of the arcade would help the younger generation to appreciate the scale and extent of the ugly experiences of the civil war.

According to him, such memorials will not only provide a soothing effect, but highlight war as a national tragedy that must never be contemplated.

He said, “51 years after the Nigerian civil war, Nigeria is yet to properly situate the issues and lessons of that experience in our nation’s history.

“As of today, it appears there is neither an official record nor memorial of the war.

“We need a detailed and factual account of the war in sequence of events, social and economic costs, number of lives lost, details of the victims, among others.

“Such an account will help the upcoming generations to appreciate the scale and extent of the unfortunate event.

“The resource materials and outcome of this conference should bridge the gap and service to ward off any reckless desire for war.”

A former President of Ohaneze Ndigbo, John Nwodo, said there was need for dialogue and negotiations to drive progress and peaceful coexistence in the country.

“We have for too long allowed the bitterness of the war and its lingering feelings to dictate our political relationships.

“The young men and women who were not part of the war are frustrated by the impasse.

“We do not want any war. We have shed enough blood without producing corresponding political results.

“Fifty years after the civil war, the time is now over-ripped for a fresh approach, including discussions and fruitful negotiations,” Mr Nwodo said.

ALSO READ: How Nigerians can prevent another civil war – Soyinka

Meanwhile, Bianca Ojukwu, the widow of Biafran leader, Odumegwu Ojukwu, urged the federal government to respect and adhere to the principles of the federal character to ensure equity in appointments.

In his remarks, the Vice-Chancellor of NAU, Charles Esimone, said the conference would bring about useful ideas and recommendations toward building an enduring peace in the country.