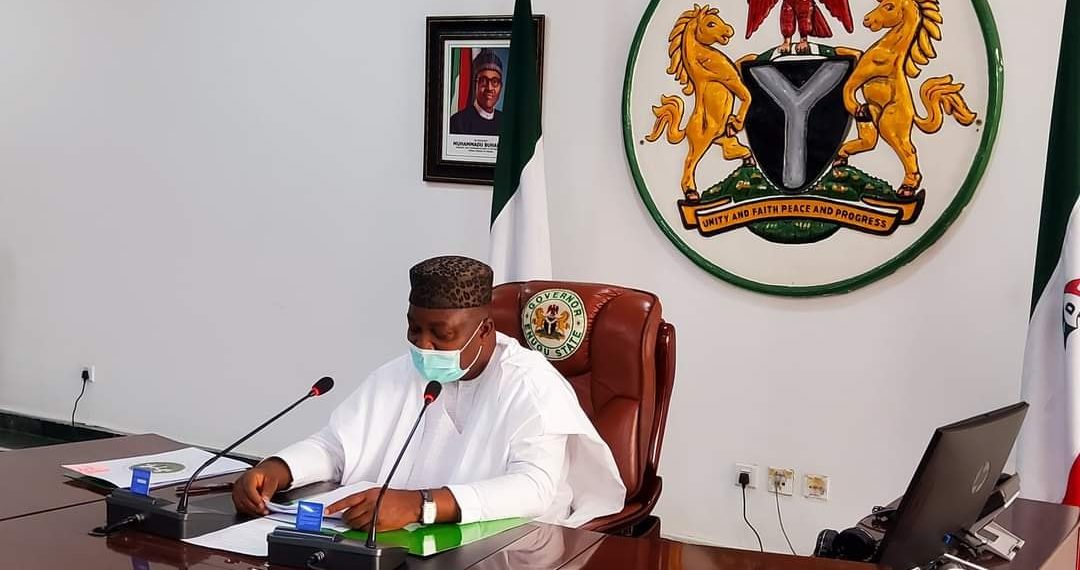 Speaking on the project, the Commissioner for Works and Infrastructure, Greg Nnaji, disclosed that the multimillion naira projects were duly captured in the 2021 budget.

The administration of Governor Ifeanyi Ugwuanyi of Enugu State, in keeping with its rural development agenda, has constructed one motorized and seven solar-powered water boreholes in some courts and markets in the rural areas of the state.

The water projects, which are part of the concerted efforts of the state government to provide potable water for residents of Enugu State irrespective of where they reside, were inaugurated simultaneously in five markets, two courts and a community square.

Speaking on the project, the Commissioner for Works and Infrastructure, Greg Nnaji, disclosed that the multimillion naira projects were duly captured in the 2021 budget and consequently approved by the State Executive Council (EXCO).

Mr Nnaji revealed that the two water projects, located at Eke Ozzi Market, Ogurute, Enugu Ezike in Igbo-Eze North Local Government Area, were inaugurated by the Commissioner for Rural Development, Emeka Mamah, on behalf of Governor Ugwuanyi, while the one in Ezinese Community Square in Agbaja Umumba Ndiuno in Ezeagu LGA was also inaugurated on behalf of the governor by the Commissioner for Budget and Planning, David Ugwunta.

According to the Works Commissioner, the newly constructed borehole at Nkwo Ibeagwa Aka Market, Igbo-Eze South LGA was inaugurated by the Commissioner for Housing, Vitus Okechi, while the one at Orie Orba Market, Udenu LGA, was opened by his counterpart in the Ministry of Finance, Ada-Onah Uyanwune.

The Commissioner for Local Government Affairs, Peter Okonkwo, inaugurated the water project in Ogige Market, Nsukka, Nsukka LGA while the State Attorney General/Commissioner for Justice, Miletus Eze, commissioned the facilities at Nsukka High Court and Magistrate Court, on behalf of the governor.

Inaugurating the two projects at Igbo-Eze North LGA, the Commissioner for Rural Development, Mr Mamah, stressed that the boreholes demonstrate Mr Ugwuanyi’s sustained vigour and tenacity in improving the living conditions of the rural dwellers who hitherto lacked basic amenities such as potable water.

Reacting, traders and other beneficiaries thanked Mr Ugwuanyi for the time-honoured projects which they described as a basic necessity for proper hygiene and healthy living, especially in this period of public health challenges.

They urged Mr Ugwuanyi to remain focused in his untiring efforts towards improving the living standard of all residents of the state in spite of the nation’s challenges.