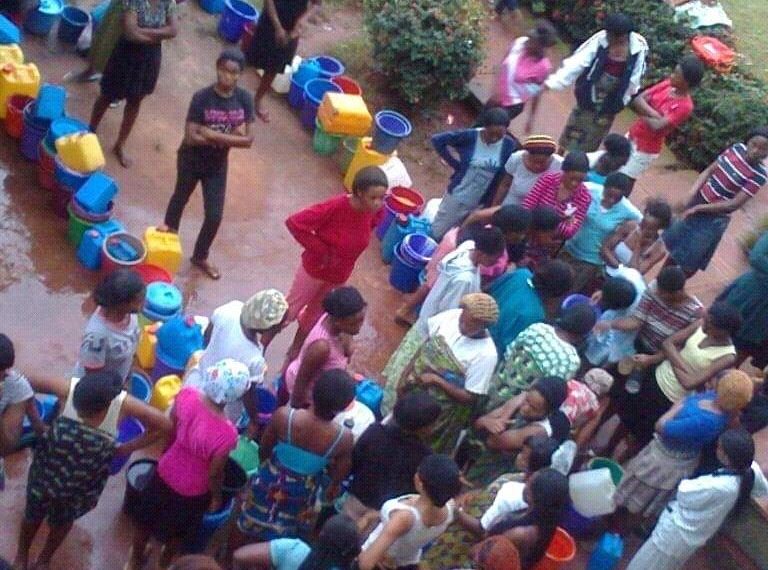 A resident in Enugu says she has been buying water at exorbitant rates from vendors for the past nine years.

The News Agency of Nigeria (NAN) correspondent, who monitored the situation in Enugu on Thursday, reported that the worst hit were residents of Independence Layout, Community Layout in Transekulu, Achara Layout and Emene.

Some of the residents told NAN that they had not had water since the New Year, adding that they had been at the mercy of water vendors.

Pat Chukwuma, who lives at Independence Layout, told NAN she has been buying water from vendors since she moved into the layout nine years ago.

“Again, we cannot do borehole due to the topography of Enugu which is covered by coal,” she said.

Eucharia Ukwu, who lives at the Community Layout, Transekulu, said they were not even reticulated since the area was created, adding that she relied on well water and water from vendors.

“In fact, the situation is worrisome and we are appealing to the state government to address the problem urgently,” she said.

The situation is similar in Emene and Achara layout, as residents also buy water in gallons from wells and vendors.

Chima Agu, a restaurant operator in Emene, and Jonas Okereke, in Achara layout, said they bought 25-litre gallon of water at N70 as against between N30 and N50 they purchased in January.

Mr Agu attributed the situation to the dry season as many wells had dried up due to the harmattan.

Meanwhile, Dubem Onyia, the special adviser to the Enugu State governor on Water Resources, said the government was confronting the water challenges in the state.

Mr Onyia disclosed this in Enugu on Thursday in a statement.

He assured the residents that the issue of inadequate water supply, one of the key challenges Governor Ifeanyi Ugwuanyi administration inherited, would soon be history.

The governor’s aide said the present administration was doing a lot with the “lean” resources at its disposal to address the issue of water in Enugu metropolis.

Mr Onyia assured residents in other areas that they would soon enjoy adequate potable water supply.

He disclosed that the state government had commenced comprehensive rehabilitation of the 9th Mile Crash Programme, with solar powered boreholes.

Mr Onyia revealed that a N600 million contract was recently awarded to FordMarx Nigeria Limited for the rehabilitation of the 9th Mile Crash Programme.

The company had mobilised to site, he said.

Mr Onyia said the water project, which will be solar-powered to address the peculiar challenges of power failure, would boost the volume of water being reticulated from the water schemes to Enugu metropolis.

The state government had commenced the bid opening and evaluation meeting for new Okwojo Ngwo boreholes augmentation to Enugu metropolis, according to the governor’s aide.

He said the state government had committed funds to the actualisation of the Federal Government Adada Dam Water Project in Nsukka.